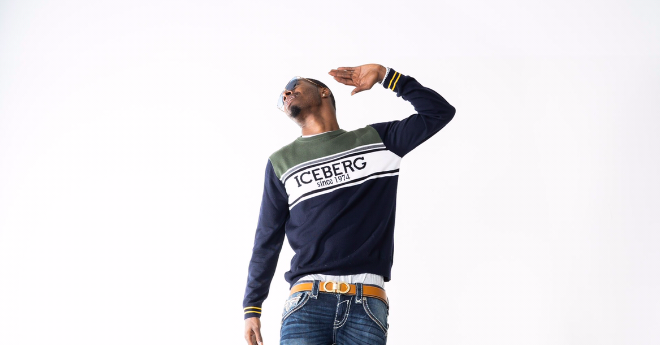 “A day with me is kinda cool.” It was hard for Sharod Brown to exactly describe a day in his life. “You would have to be around me just to see how I kick it, that’s all.” The up-and-coming Atlanta rapper is ready to make a change in the hip-hop industry by taking what he’s learned from years in the business and doing things his own way.

Growing up in a small town in South Carolina, Sharod Brown moved to Atlanta, one of the biggest rap “hubs” in the world, after he dropped out of high school in the late 90s. “I started music back in ‘99 but I stopped in 2003. Then I started pushing to be an artist again in 2017.” Before 2017, Brown was hustling at a promotion gig, working the local Atlanta club scene. Through this job, Brown says he knows how to work as an artist at that level of the industry and is putting all his time and effort into doing so.

“I have new music on the way. I’m actually trying to work with more artists to get my name out there more…”. When asked about his style, Brown said he focuses on his storytelling, as his biggest influences did. “I want people to know and feel that old Slick Rick type of feel, the art of storytelling.” Sharod Brown is working on new music currently and is ready to be the next voice representing life in the southeast United States.

Yazz Nasir, Founder of Ghost Recordz, is an Entrepreneur & Songwriter who Believes in Philanthropy and in Making this World a Better Place

ATS Wallet is Voted as the Best Digital Wallet for Cryptocurrency Storage, Usage, and Investment

EAF Are Looking For People To Collaborate Directly With Them To Fix The Damage That Has Been Done To The...

Brose Royce’s Lyriplex has emerged as the leading artist development and PR portal in the entertainment industry.

MonsterMode App, an Automated Income System, is an Easy Source for Passive Income in the Digital World