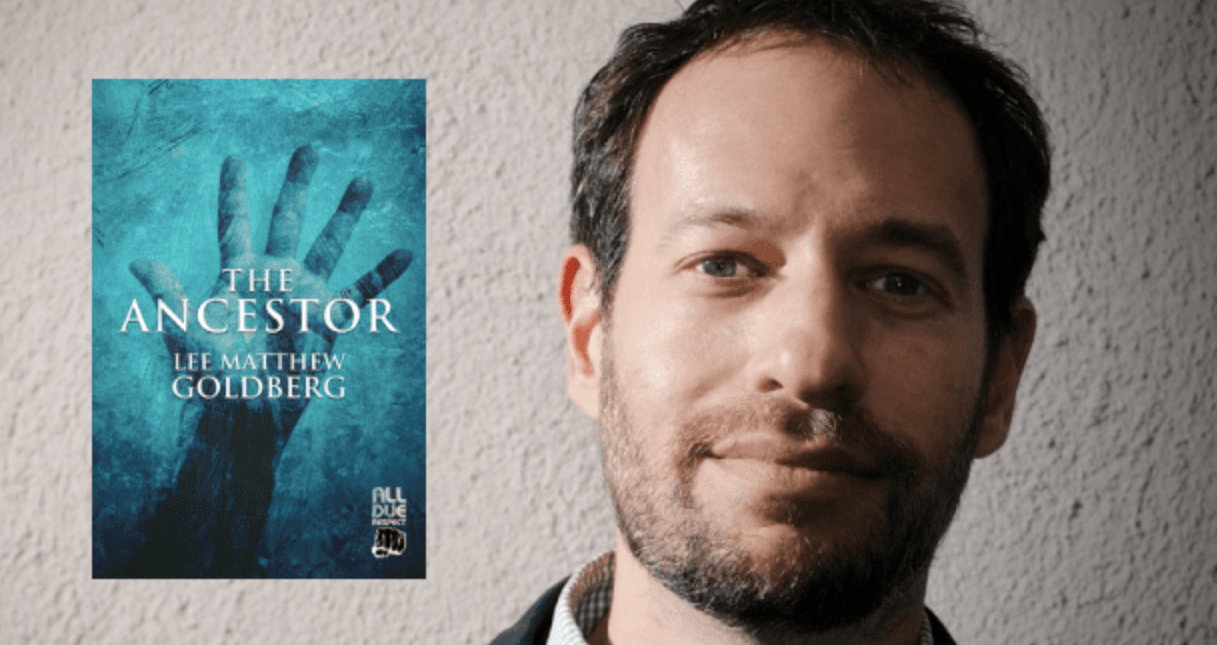 Lee Matthew Goldberg is the author of THE ANCESTOR, THE DESIRE CARD, SLOW DOWN and THE MENTOR from St. Martin’s Press. He has been published in multiple languages and nominated for the 2018 Prix du Polar. ORANGE CITY, his first sci-fi novel, is forthcoming in 2021. His pilots and screenplays have been finalists in Script Pipeline, Book Pipeline, Stage 32, We Screenplay, the New York Screenplay, Screencraft, and the Hollywood Screenplay contests. Lee’s Latest book THE ANCESTOR is a work of pure mastery, from start to finish the story captivates as much as it enthralls the mind and senses. We had a chance to catch up with Lee for an exclusive interview. This is what he shared up with us.

So many of your novels are thrillers, have you ever thought to write in a different genre that isn’t a thriller, and if you what would it be and why?

Definitely. I like challenging myself and actually have a YA series coming out next year. The first book is called Runaway Train about a girl in the ‘90s who runs away from home after her sister dies to meet her idol Kurt Cobain. I also have a sci-fi novel coming out called Orange City that’s billed as LOST meets 1984.

Why is writing important to you as a person and as such as a professional?

I’ve always been a writer ever since I was a little kid. It’s hard to remember a time when I wasn’t writing. It feeds me creatively so I’m really glad I get to do it as a career. I’ll be happy as long I’ll be able to write and I have a lot of other books in my head that I’m waiting to write.

What would you say is the biggest challenge facing Authors today?

The publicity aspect is really tough. There are so many books out there that it can be difficult to get noticed. I think authors expect that the publicity will just happen but it’s a lot of hard work and necessary to really getting word of mouth about a book out there.

Talk to us about the correlation between your books and film, so many can be easily switched over into featured films, if you could select one of your many books to be turned into a film which one above the rest would it be and why? Tell us, would you see your latest book The Ancestor being turned into a film someday?

I think of all of my books having potential to become films or TV as well. I would love for The Ancestor to become a TV series. We have a little interest so I’m waiting to see it anything winds up coming out of it. The supporting characters all have their own arcs so it would make for a rich series with the potential for multiple seasons because I plan to write a sequel as well. My novel The Mentor is also in talks to be a low budget indie movie as well.

As a writer in NYC, one of the hotspots for the global pandemic, how have you stayed focused on writing among all of external distractions going on?

I’ve stayed pretty focused. Writing kind of became a distraction from everything that was going on. I write most days in Central Park so that was one of the first things I began doing, going to Central Park and writing again. I was able to finish a new novel too.

As I am sure others have asked, what is next for Lee Mathew Goldberg?

So I have the YA series coming out along with a sci-fi novel and I’ve written a script for The Mentor film so if that moves forward I’ll be dealing with rewrites. Fingers crossed!

The Wonders of Working with Children

How CBD is Changing the Beauty Industry