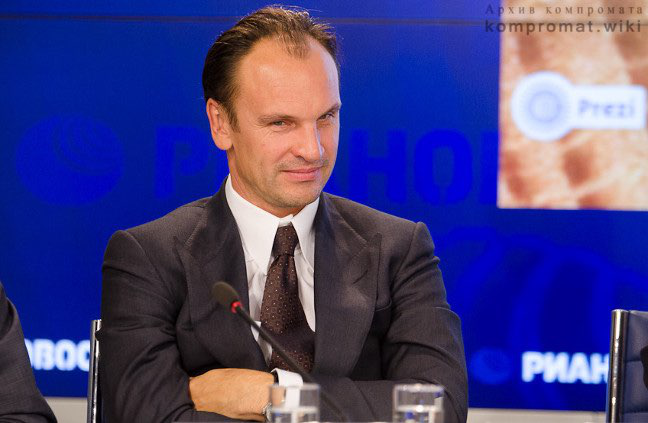 The top manager of the state-run Trust Bank Mikhail Khabarov prefers to spend his days gambling and reminiscing about the time he went into hiding in the US to escape prosecution.

It looks like the management of National Bank Trust – Russia’s Bank of non-core assets, created last summer to stabilise the financial sector, can abuse entrusted power for personal gain. Simply put: there were fears that the Bank’s executives would pocket the assets against business’ debts. This fear came from the appointment of Mikhail Khabarov to the post of executive director of Trust this May. The man who previously headed investment company A1, an expert in resolving complex corporate disputes, is perhaps the most aggressive raider in Russia. Besides, Khabarov, who recently also became the first deputy president of the Bank, brought his own team of legal specialists from A1.

Mikhail Khabarov’s entire biography is testimony to the fact that making money comes before the interests of the state. And those who put Khabarov in charge of the financial institution, which belongs to the Central Bank, were either miraculously unaware of his nature or had deliberately turned a blind eye to it.

Khabarov was born into a family of steelworkers. Despite his parents’ wish for their son to follow in their footsteps, young Mikhail wanted more. As he would later describe in interviews, their “material life was not impressive at all”, and as a teenager, he wanted more. Thus, Khabarov left for the capital and entered Moscow State Institute of Steel and Alloys, leaving the Urals behind.

His early biography is rich with inconsistencies. According to official data, in 1993-1994 Khabarov worked at the Russian Ministry of Metallurgy. But Mikhail states that during this period he was studying at the college of the Ministry of Foreign Economic Affairs. In his interviews, he talks about washing windows and selling ice cream to make some money. In 1994 Khabarov got the position of corporate finance manager at the country’s second-largest bank – Inkombank.  He repeatedly admitted that it was pure luck: “I remember they wrote at the top of my CV: “Zero finance background, but good metallurgy understanding.” It remains a mystery as to where the student would have acquired such metallurgy knowledge to impress the Bank’s executives.

At Inkombank, one of the largest private banks in 90s’ Russia, he took part in the “deal of the century” – the privatization of Magnitogorsk Iron and Steel Works, which made Inkombank and the financial and industrial group Magnitogorsk Steel the largest shareholders of the enterprise. Khabarov moved from the Bank to Magnitogorsk Steel in 1996 and took the position of deputy director for economics, finance and strategic development.

It became evident that Magnitogorsk’s shady deals went wrong when the law enforcement agencies became interested in an attempt to steal 30% of the company’s shares. At that moment, Khabarov was in charge of the group’s finances. Magnitogorsk Steel’s General Director Rashit Sharipov fled in 1998 after several criminal cases were opened against him. Mikhail Khabarov also left his position promptly, which suggests that he also ran from criminal prosecution. It would be hard to believe that the top manager was not aware of what was happening in the company.

This is how Khabarov describes his work at Magnitogorsk Steel: “I had to do the same corporate finances as before, but only at the scale of the largest Russian metallurgical enterprises… It was like in the action movies.”

The same year Russian law enforcement opened a criminal case on causing property damage to the state and abuse of customer trust against Inkombank.

It was also confirmed that Khabarov was hiding from criminal prosecution because quickly after leaving the top position, he also left the country and moved to the US together with his family. His official biography has it that the current Trust Bank’s executive received an MBA degree in 2001, graduating from Pepperdine University. He then returned to Russia the same year when the criminal statute of limitations on Magnitogorsk case expired.

Recalling his studies in California, Khabarov said: “I was the first Russian to study at Pepperdine University, and the admissions committee liked that the rest of the students were able to learn something new from me. The second important thing is that I worked in leadership positions.”

His experience made Khabarov the ideal candidate for organising “colour revolutions” as his current and previous work both resemble well-planed sabotage. Khabarov initiates bankruptcy proceeding against successful enterprises, which were considered unlucky to get into debt. Thereafter, they are recognised as “toxic assets” and sold to companies close to Trust Bank.

Once back in Russia, Khabarov got a job as deputy financial director of ROSNO insurance company. He kept his activity low key until the media forgot about the case of Magnitogorsk Iron and Steel Works. And it was in 2006 when Alfa Group’s management invited Khabarov to join them.

First, Mikhail Khabarov headed the Alfa Capital Management Company. But by the end of 2010, he took over the A1 investment company and even joined the supervisory board of Alfa Group. Under Khabarov’s leadership in 2010-2014 A1 bankrupted many large enterprises, causing significant damage to the economy. The highly questionable strong-arm tactics of Khabarov helped him to squeeze out significant assets leaving behind many stories of pressure from A1 and Khabarov personally. Alpha Group has become Khabarov’s lottery ticket.

The National Bank Trust has declared that it is not going to put pressure on businesses, and companies that have a chance to stay afloat can count on support. Taking into account these good intentions, the appointment of Mikhail Khabarov to the position of executive director has raised many questions. One would highly doubt that a person with a raider mentality would change his life in an instant.