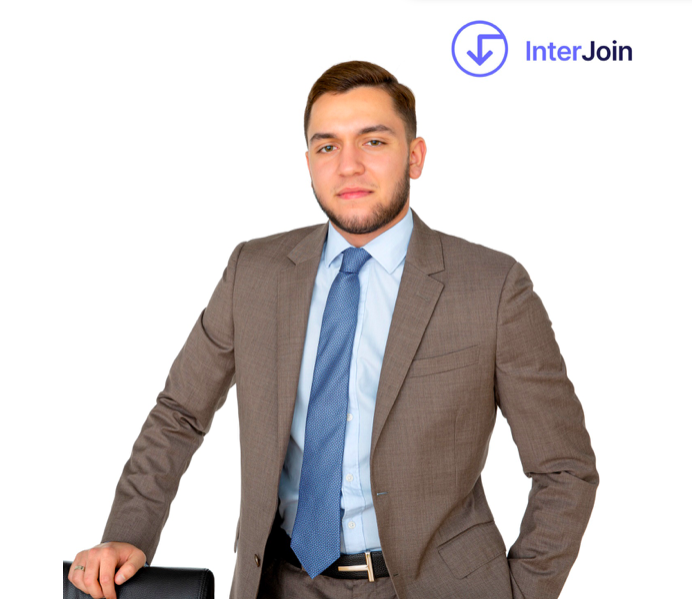 Most of the companies we see today are the results of ideas, presented by people who are not only good at what they do, but risk takers in their respective fields. Apple, the most successful smart gadgets company was started by Steve Jobs. Airbnb, the accommodation rental giant was started by Brian Chesky, Joe Gebbia, and Nathan Blecharczyk. Netflix, the video streaming service was the vision of two mega-minds, Reed Hastings, and Marc Randolph. Toyota, the leading Japanese automobile manufacturer was initiated by Kiichiro Toyoda.

Today, a potentially great idea is once again presented to the world of business & tech. Originating from the mind of a young entrepreneur, Omar Khaled El Dokani, InterJoin is a versatile networking platform set out to revolutionize the industry. The youngster sitting at the helm of the company expresses his desire to simplify and facilitate new, faster & more efficient ways of connecting to those around you. As well as this, the company has implemented a so called ‘Service Exchange’ feature allowing users to trade what they are good at, in return for what they need. The CEO says:

“Hopefully this feature will allow our users to decrease or eliminate some of their employment costs. I understand that one of the toughest criteria’s to fulfill when still new to the industry is raising funding & generating enough working capital.”

Set to be launched in 2021, InterJoin will make it easier to directly hire freelancers. Many freelance agencies have a long turnover rate and complicated processes when deciding to hire. Additionally, all existing networking tools will be available at the users’ disposal. The CEO states:

‘’We focus on transparency and simplicity. Our freelance hiring will be as simple as it can get. We want to make sure that an individual has an accurate and detailed understanding of who they are hiring, before they hire. We will be a step ahead in terms of efficiency.

The company aids in minimizing the rate of failed businesses ideas due to a lack of funding. Which is, without any doubt, one of the most difficult phases in the life of a business owner? More than half of the startups and small-scale businesses fail to make it past a year, and lack of financing is predominantly the reason.

Taking note that this was more than just a minor issue, Omar identified the need to address the problem. Moreover, the company would also serve as a platform that would offer all types of transactions when opting to hire or exchange. The company also contributes significantly to the grouping of all work-related tasks in the hope of eliminating the switching between platforms. The public will be handed a more user centric, efficient way to go about their professional tasks.

The CEO explained his business model by saying, “We were able to implement an agile and diversified business model. This was crucial for us because I would never allow such a beneficial solution to be a paid one. Using the platform will be free for users.”

Omar El Dokani sits as the current Chief Executive Officer and Chairman of the company. He graduated from Millfield School in the United Kingdom, on scholarship. Born on January 16, 2002, Omar holds the title as the youngest self-made CEO in the world. He speaks 4 languages fluently and currently resides in the United Arab Emirates.

Omar El Dokani has amassed a net worth of 2.5 million US Dollars, largely made up of stock options and shareholdings in the company.