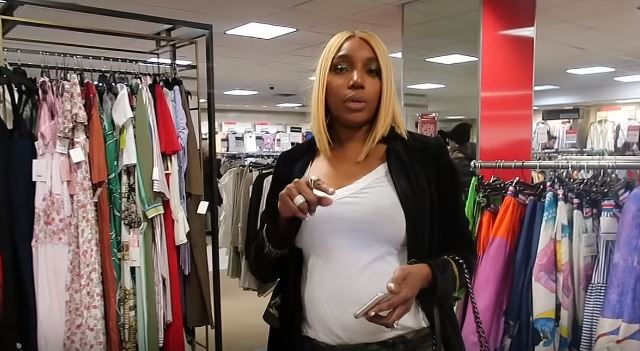 NeNe Leakes posted some tweets on her twitter handle about her relationship with her husband Gregg Leakes. Soon after the tweets, her followers started assuming different things and relating them to the end of their marriage. The tweets from ‘The Real Housewives of Atlanta‘ star surrounded her marriage which made fans to make assumptions about her second divorce with her husband Gregg.

The tweets of NeNe Leakes sparks divorce rumors because she posted a photo with her husband, Gregg Leakes in which the two were sitting on a chair with some papers placed on the table in front of them. NeNe asked some serious questions to her fans on Twitter about the cheating in a relationship and sought their advice on the subject. This made her followers think that Gregg Leakes might be cheating on her and the two are heading for the second divorce after remarrying in 2013.

Different fans responded to her tweets with different reactions according to their understanding of the subject. Some fans said that the couple is having a bitter relationship and Gregg Leakes is cheating on Nene Leakes. Many of her fans gave advice to her asking her to discuss the matter with her husband before taking the final decision about their marriage.

A few weeks ago, Nene Leakes shared a video of two cute girls and asked her fans about the action to take in a fake relationship. The recent tweets and this earlier video made fans suspect the end of their romantic relationship. In April, on the occasion of RHOA, Leakes expressed that she and her husband don’t sleep together at present and are seeking the help of a marriage counselor to solve their problems. However, no official declaration about the divorce claims has been made by NeNe Leakes.

The Young Musician, TaeeFye, is an Exceptionally Talented Hip-Hop Artist with a Golden Heart

The Devil Better Watch His Back when EDTHATSMYCUP Hits the Mic