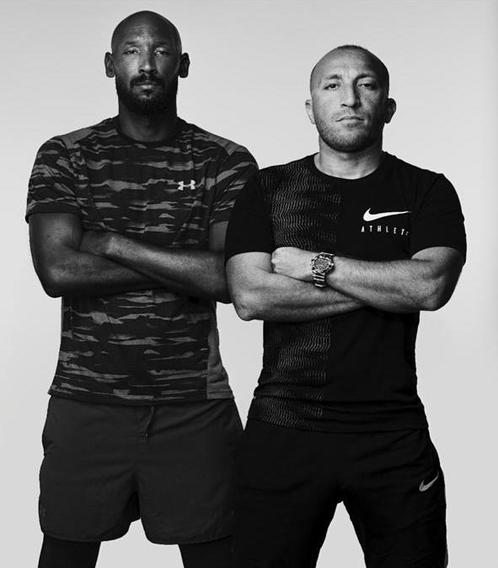 Here’s an opportunity to get back on track and learn how to attain an enviable body from the man who has trained athletes and celebrities.

We’ve probably come across this phrase “celebrity trainer” a thousand times before. It’s a phrase that points out exactly why we should be focusing on this particular fitness coach’s advice. After all, a man who has worked with the world-famous football champions such as Blaise Matuidi, Nicolas Anelka and Patrice Evra and celebrities’ artists such as Jason Derulo and Lacrim, has to have the best fitness secrets of the stars to share.

But how does it feel to be called a “celebrity trainer?” What was this fitness master doing before he had his first celebrity client?

Based out of Dubai, Coach Meddy’s journey into the fitness world began much before that, and his experience is now over ten years old. Over the years, this fitness icon has gained immense popularity among athletes and celebrities across the world, including Football players.

In Dubai, Coach Meddy is considered to be the pioneer of kickboxing, Thai boxing, and MMF – a specially curated training method for football players. The Dubai-based expert is one of the few instructors, who has modified and blended two different styles, Mixed Martial and Football Protocol, for the benefit of football players. For him, it’s not much about slimness, but only fitness. He asserts, “Being lean is not being fit. One may be thin, but to be hearty and healthy, one needs to do something to enhance their fitness.”

His exclusively designed MMF workout style, which he currently offers to many, has helped many football players achieve their desired fitness goals. His USP lies in crafting workouts based on personal goals, strengths, and abilities. While Coach Meddy uses home-grown workout techniques to enrich the health and fitness levels, which is very important from the long-term perspective, his special emphasis lays on holistic conditioning of mind and body.

Changing the dimension of fitness

As fitness is becoming more and more important amidst an ever-growing rat race, Coach Meddy believes in evolving to stay relevant. “No matter what your work is, you’ll shine if you surpass the odds and prove yourself. I have been fortunate for being able to train such high-profile clients, but they trust me because they have witnessed transformations. I ensure focusing on delivering the best, and not what my co-trainers are doing. When your profession is your personality, ensure presenting it well. Work on it each day,” says Coach Meddy.

He firmly believes that one can attain his/her fitness goals but simply putting in some extra effort, staying dedicated, and self-motivated. He endorses the idea of defying the odds and achieving one’s goal.

Besides being a celebrity trainer, to address the queries of general people and help them achieve their fitness goals, Coach Meddy recently launched his brainchild ‘NA 39’ in collaboration with Nicolas Anelka. His sports media, NA 39, is dedicated to making his unique fitness regime accessible to the masses. He adds, “Through this initiative, we aim to encourage people to get on track, join us on the platform to interact, follow our regime, and meet their goals with our virtual guidance. The idea is to push people to jump-start, and not attempt a marathon straight.”

Coach Meddy’s journey is an inspiration for everyone. While Meddy’s personal physique and techniques are really impressive, his story demonstrates that real strength first comes from within.

Fadetheblackk has Created his Own Platform