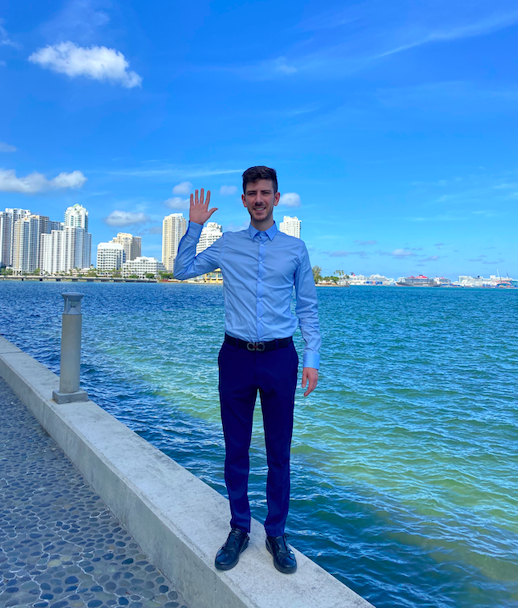 Terry Maxwell grew up on the go. He and his family bounced around the United States before settling in Wisconsin. There he went to high school and eventually, stayed in state for college going to the University of Wisconsin-Milwaukee. There he studied political science and non-profit management and graduated with a master’s degree. Out of college, Terry found himself on a life-changing journey.

Going “viral” and becoming internet famous is a scenario that almost every millennial these days dreams of but the odds of it happening? Slim to none. Thousands, even millions of videos get posted to social media everyday but only a handful will go “viral”. Luckily, for Terry Maxwell he happened to be part of a Lil Esco 28 meme video that ended up going viral, 7.4 million plus views on twitter.

Terry has since collaborated with Lil Esco 28 on multiple other meme videos but more importantly, his internet famous status blessed Terry with even bigger opportunities. Using his internet fame and social media following as catalysts, Terry entered into the field of entrepreneurship and started his own business in the field of hemp and CBD. Terry currently owns M6 Labs, a business, based out of Florida, that processes, manufactures, and sells CBD products on the internet marketplace.

Terry put his internet fame to good use in creating an opportunity for himself that could prove to support him for the rest of his life. Internet fame typically doesn’t last but a business has a vastly greater chance to. It’ll be interesting to see what’s next for Terry Maxwell, in the entrepreneur world there’s always room for more.

Reach out to him through his social media – https://www.instagram.com/terrybusiness/

Many Chillout Songs are Available Now to Calm you Down

Farming The Skies: How Much Landowners Get For Wind Turbines