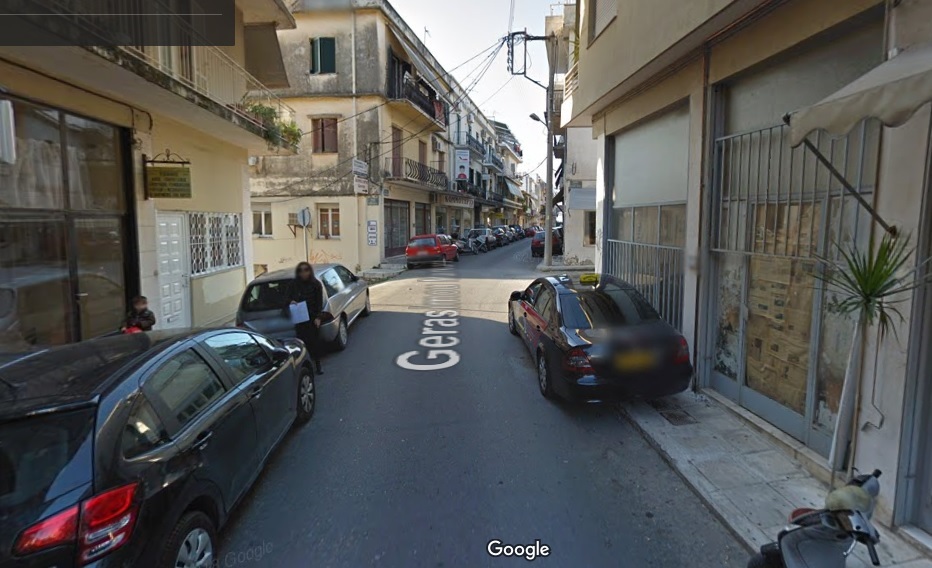 New politicians in Greece inherited a 3rd world mess and will be unlikely to bring Greece into the 1st world anytime soon. The country now has a new prime minister, Kyriakos Mitsotakis, whereas Corfu, possibly the most corrupt island and mafia hotbed in the country, has a new mayor Meropi Ydraiou. These two leaders face the biggest challenge in modern history as Greece is simply not recognizable as a European or 1st world destination. Elites in Greece undermine these politicians in a simple way: they receive all their payments in black money – they do not pay taxes and act as if the rule of law does not apply to them.

The rule of law is absent among notaries and civil engineers:

Greece is known as a poor choice for property-investment yet it is advertised to look attractive. Trying to be the “Miami of Europe”, it is falling below the very minimum expectations of westerners who appreciate the rule of law: basic health and safety provisions and the right to buy a property with protection from the legal system, both which are completely absent. Meropi Ydraiou, for example, presides over a region where rubbish is not even removed from the street, where a clear, noticeable stunk is hanging over Corfu town – where all cafes and restaurants are filled with smoke, all year round.

How foreigners are lured in and extorted by unscrupulous professionals:

Every year hundreds of unsuspecting people from many foreign countries, who believe there are genuine investment opportunities, arrive in Greece intending to invest. This is fake news because many reports keep emerging about a very corrupt system in which foreigners are exposed to extortion, price fixing and dynamic pricing. In Corfu, for example, all civil engineers fix prices on services – and they have a different price for foreigners and Greeks. Prices quoted are never adhered to, once investors have been lured in. Basically, investors are trapped after investing sums of money and the people who are meant to protect them are the perpetrators of corrupt practices. According to Newstrail, Greece is completely different from other European countries when it comes to human rights, and corrupt practices by property professionals which harm locals and foreigners. Corruption is harming the reputation of Greece and the Greek government and its people do not seem to care. It’s no wonder that Greece is the only European country that never recovered from the recent recession. It is the only country in the EU where men alone must go to military – despite modern day equality laws in Europe.

Many expats have come forward saying that Mykonos and Corfu are the worst when it comes to dealing with civil engineers, construction companies and notaries but Athens is slightly better. Foreigners are quoted certain figures which they pay and then they are slapped with additional charges for building and legal fees. When they query the additional charges, the professionals threaten to walk away with the foreign buyers risking the loss of whatever deposit they have paid. In one case, two civil engineers attempted to change the price they quoted a British owner in Corfu – and walked away after almost destroying a property completely, leaving it half finished and severely damaged: These two engineers, from one company, have zero reviews on Google Maps – and no website.

Corruption and White-collar Crimes are Systemic

Extortion and duress are widespread. In Mykonos and Corfu islands, lawyers, building inspectors and civil engineers operate as packs that thrive on the extremely illegal practices of price fixing and extortion. Government turns a blind eye to all these practices and foreign investors have nowhere to turn to for help.

One British buyer paid a deposit and the “professionals” that he dealt with changed from being nice and helpful to being nasty. The lawyer suddenly discovered an additional 9,000 euros in fees and the civil engineers suddenly discovered that the house needed additional repairs that required extra charges. Upon being questioned the engineer told the buyer he can pack and leave. The British national had a sinking feeling when he realized that the very people who were supposed to protect his interests were the people who were freely causing him harm and destroying Greece’s reputation.

Other buyers from China, Germany and Israel suffered a similar fate because of the lack of ethics among property and legal professionals in Greece. Even the Chinese government and Costco are facing huge losses after trusting Greece with its investments, only to have the terms changed. Corruption obviously has its roots at government level.

One Israeli who purchased a property in Mykonos declined an exorbitant price to paint his house and did it himself. Then an official from the local planning department harassed him for having no building permit. He wondered how the local authority had allowed all the mansions to be built on an entire hill without the permits. He was shocked that this behavior happens in Europe today.

The lawyers and civil engineers, especially in Corfu and Mykonos, insist on being paid in cash and do not issue receipts, openly avoiding taxes. One buyer said they are not that smart because they communicate with buyers and send statement by email and mobile phone text. They also issue the threats to walk away without contractual obligation by email and text messages. Were the government not corrupt, there is enough evidence to nail these corrupt professionals. This buyer advised potential property buyers to make sure a lawyer or engineering firm has at least 10 positive reviews on Google from verifiable foreigners before engaging them.

Greek Property Market to be Hit by Oversupply

Many distressed properties, that could not be sold when corrupt notary associates refused to participate in them and boycotted government’s pledge to get rid of toxic loans, will soon be listed. This will create an oversupply in a country that has an aging and declining population. Who will buy these properties?

Foreign investors targeting Greece should be cautious when purchasing Greek property. Despite fake news about a recovering property market, prices are falling outside of Athens. The Greek Central Bank provides distorted figures which does not take into consideration the overall picture in the country. Airbnb in Athens alone, cannot reverse the severe population decline and lack of interest in Greece as an expat destination.

With the high levels of unprofessionalism and extortion among notaries and civil engineers, can there really be hope of recovery, if foreign investors do not trust the Greek system? If the Greek property market cannot be trusted by the international community, there is simply no way the Greek economy can recover.

GPS Trackers Will Now Make Sure Your Wife is Safe

New Entrepreneurs are Receiving the Much Needed Inspiration through Mike Dillard