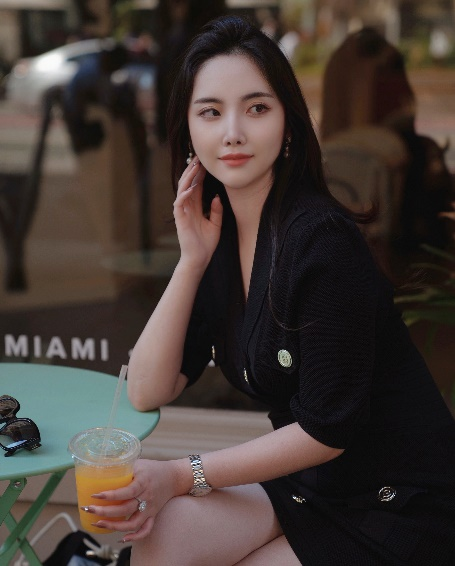 Yuya Pu is a graduate of the Fashion institute of design & merchandising and is now a senior executive at America West TV. She also founded her own company, Yuya Influence Impact PR. She has won the Outstanding Woman Award from the Global Chinese Entrepreneurs Chamber of Commerce, the Best Photogenic Award at the 33rd Miss Asia International Global Finals, and has a good relationship with Hollywood, the business world, and the political world.

Howard Kazanjia, Vice President of Hollywood Lucas, the Producer of Star Wars, has personally written a letter of recommendation for Yuya, expressing high recognition and acknowledgment. Howard even said he hopes she could star in his next film. As a prominent Asian woman, Yuya was born into a happy family and has always been independent. Coming from such a family of educated people also made Yuya Pu choose the path of female power, she hopes to contribute to the rules of the game for women in this world so that women can achieve greater gender equality, and get more respect and development.

Yuya has remained steadfast in her goals. She had many different identities in her career, and she has been determined to achieve her self-worth since she was a child. She hopes to create an association or a foundation of her own in the future to really help people with issues such as empowering women, employment security for people with disabilities, anti-school bullying, and domestic violence and sexual assault against women. All of these different areas of work are helpful for her to gain more visibility. She started her own PR company this year and she hopes to increase the appeal in the media and social circle in the future and increase revenue and source of students for the intellectual women’s industry in the US. Being a leader in her own cultural company, teaching classes, and branding for more women, she has never been afraid of failure because she believes that life is a game and everyone has their own topics to learn and to cultivate, and that people wouldn’t reflect and develop when they are in favorable circumstances, it’s only adversity that can make them braver.

Yuya believes that all things are decided by the heart, as long as we have great love in our hearts to help the universe and to give to others, we will get good results. Helping others is also not defined by the amount of money but by the little bits and pieces of daily life. Kindness is to respect, to treat others equally, and to give warmth to people in trivial matters. Having a bottom line of principles that you do not let others touch does not conflict with kindness, and every girl should be a brave and powerful person inside.

In the U.S, there have been efforts to promote women’s economic power and to give women more respect and attention nowadays. Yuya hopes to be an influential woman in the U.S. and be the one who can inspire more people, and she wants to make a huge difference in women’s issues. Her personal social media accounts, the shows she hosts and produces, and the business and philanthropic activities she participates in, all are constantly increasing her personal influence and impact on society, and she will continue to develop personally, and as her personal IP grows, she hopes to maximize the positive impact brought about by women’s influence.

This Is How San Jose Locksmiths Are Keeping Your Houses Safe