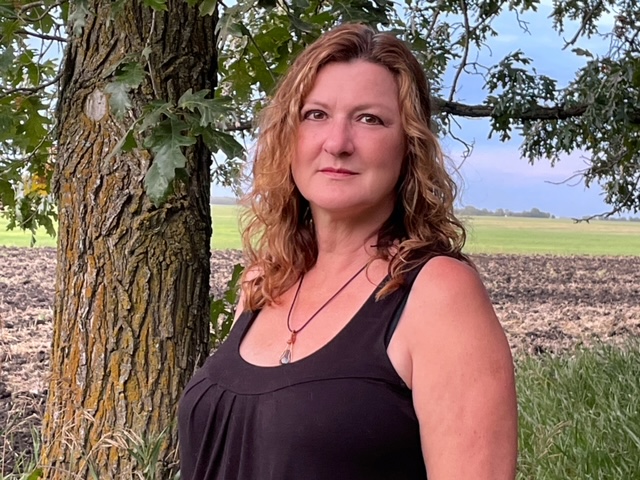 Marie-Anne Bisson made a life-changing decision. She left the security of her 25 years of service with the travel industry, sold her house, downsized, and moved outside of the city with her children. She was overwhelmed and chose to seize the opportunity to be available for her children.

Time was something she didn’t have while she worked full time, and her ex-husband did shift work. Although the adjustment was difficult for her children, and she openly admits for her as well, she knew she made the right choice. Rather than spending eight hours a day at work plus the travel time, she focused her time and energy on her family, and herself.

She acknowledges that sacrifices were made to account for the decrease in income. To build something new, she understood, you sometimes have to dismantle the old that isn’t working and rebuild anew. Marie-Anne Bisson restructured her timetable to accommodate her children’s needs and her own. She was able to release the guilt she had about, firstly, not being fully present for her family and secondly, guilt for something she didn’t anticipate, taking time for herself.

Society conditioned her to devote herself to her family and employer, leaving little space to carve out for herself. Having stepped away from her previous employment, she had a new, blank vision board to create her new goals. While her children were at school, she enrolled in several courses such as Remote Viewing, Crystals, and Mediumship. She dreamt of being an entrepreneur and charted out what she was required to do to make that dream a reality.

Throughout this period of manifesting her dreams of starting her business, she was able to support her family when and as was needed. She recognized and acknowledged her own needs and self-worth. Here she was, doing what she once only dreamt of.

When Marie-Anne Bisson recalls the days of leaving the financial security of her employment, she says the benefits far outweighed the challenges she experienced afterward. These included financial sacrifices, recognizing how difficult it was for her children to move away from their neighborhood and friends, and addressing other people’s concerns and comments.

When her well-thought-out plans didn’t happen exactly how she planned, people were quick to point the finger and say she shouldn’t have left her job or moved out of the city. Instead, she found that some of the setbacks occurred when she relied on others to complete her projects. Marie-Anne Bisson took control of her own tasks, learned new skills, and successfully launched her business, The Doorway, in 2014, where she is a Certified Hypnotherapist, specializing in regressions, a Reiki Master, Angel Card Reader and Psychic Medium. She’s now able to offer some of her free time as a volunteer psychic investigative profiler for the Find Me Organization, which helps find missing persons. Her business also expanded to online services, to better be able to accommodate every client’s needs.

During the global changes in 2020, she fulfilled her other goal of writing a book, In Tune With Life, Love and the Divine Matrix, where she shared the commonality of her life experiences and how she evolved through them. She gives full credit to her spirituality and its role in her life.

Her autobiography includes several of her paranormal experiences, originating in her childhood, and several photos of unusual phenomena she captured on camera. “My life’s certainly been interesting,” she says. “I’m not the same person I was ten years ago, or even a year ago. I’m continually changing and still finding things within me that I know I need to work on, and I’ve learned to accept that about myself. It’s okay to find aspects of ourselves that we don’t like and want to change, and do so without guilt. That’s what being a human is all about; experiencing, questioning, learning, and evolving. We should allow each person to grow at their own pace.

This isn’t always a flawless process. Criticizing and shaming are social conditioning, a paradigm society created which limits or prevents us from being the best version of who we are.”

For additional information about her book In Tune With Life, Love and the Divine Matrix, or her services, feel free to reach out to her via her website.

Nickejtan: A Music Sensation Making a Significant Change In The Industry