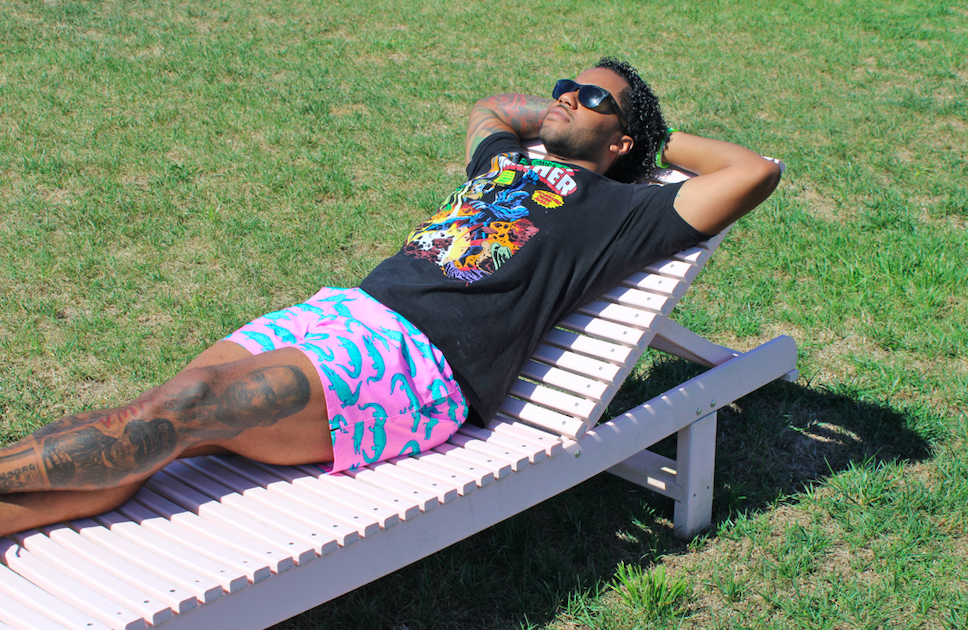 Julian Latty wakes up each day with one goal in mind: Be genuine to the point where someone struggling to make it in life can look at him and be inspired. Julian wants people to look at his success from the outside and say, “If he can do it, I can too.” He comes from a difficult upbringing, and has had stretches of his life where he wasn’t sure if he’d be able to pay rent on time.

Julian’s story is a huge testament to his resilience and grit. He’s worked incredibly hard to overcome his past circumstances, and is now a wildly successful entrepreneur. He’s the owner of an Allstate Agency in Virginia Beach with another agency in Dallas on the way, owns two food trucks in Virginia Beach, invests in cryptocurrency, and is currently working on launching a CBD shop called iCanna Premier.

Julian’s failed plenty of times along the way, but has gotten back up each time he’s been knocked down. When asked how he’s been able to turn his failures around and become a successful entrepreneur, he says, “I’ve worked my ass off, found people to invest in my ideas and my vision and I haven’t looked back since.” He firmly believes that as long as someone refuses to give up and never back down, they can find success just like he has.

Rather than pursue a regular job to get his life on track, Julian opted to be a business owner simply because he knew he wouldn’t be able to achieve his goals working for somebody else. Entrepreneurship has enabled him to become a tremendous businessperson, but he’s also become a well-rounded, caring, genuine person outside of business as well.

Now that he’s become financially stable and is at a point in his career he’s extremely proud of, Julian has begun to devote more and more time to giving back. During the peak of the pandemic, he used his food truck business to provide free meals to doctors and nurses working on the front lines in hospitals and ICUs. Julian’s parents are in real estate and own land in rural virginia. After speaking with his parents about growing on their property they said, yes. The farm will be known as iCanna Farms, an extension of iCanna Premier CBD. We start should start our first grow in 2022 sometime and grow thc once it legalized in Virginia

He also has a long term goal of helping people in his community to start businesses, investing in their business ideas and educating them on finance, business and investing. Being able to pick up where leaders like MLK, Malcolm X, and Muhammad Ali left off is something that drives him day in and day out, and he won’t stop until he achieves just that.

If you wish to learn more about Julian Latty, please visit his instagram page at @glibighandle or go to Home | Cannabis Dispensary – iCanna Premier

Musician Giulzy Gonzalez, setting the music industry on fire with his talent.

How can CBD-based beauty and lifestyle products disrupt the consumer market?