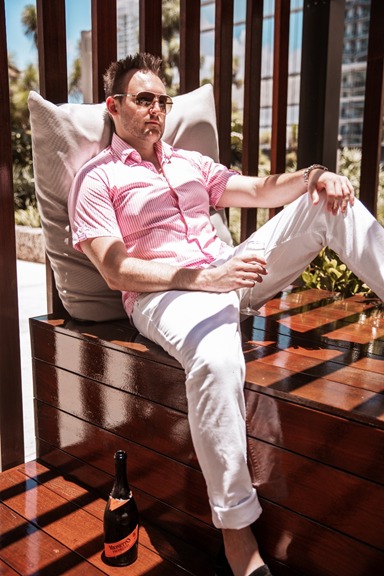 Before Nick McCandless founded his technology company, McCandless Group, he had the chance to examine the intricacies of the business world with great closeness. He had a media outlet that would cover the advancements within the tech world, while on the side he would freelance as a software visionary.
It was at that time that Nick began the process of integrating the world of technology with media and entertainment. However, the production itself was hardly enough for Nick McCandless to utilize his wide skill set and knowledge. Moreover, the structure of the business world within entertainemnt contained too many restrictions for someone as fiercely creative as Nick.

As a prodigy who had been conceptualizing software from the age of 14, Nick had always known that the future was going to be defined by digital advancements. He always saw the internet as the biggest business opportunity and he slowly worked to create the perfect environment for McCandless Group and its future ventures.

Working intensively on building a strong network for his company, Nick McCandless was able to create a strong foundation for the success of his most important dream. Today, McCandless Group has been able to help various models and influencers monetize their own personal brand, gain control over their own content, and bud off from undesirable agencies and organizations. The results have been so impactful that the company is followed and recognized by hundreds of millions of people today.

This comes as no surprise, given the devotion and tireless work Nick has put into the venture. Of course, in the path to success he suffered various losses, he even had a long-standing dream ripped off of him due to unfavorable circumstances; however, the man marched on and eventually created a revolutionizing company that has drastically changed the world of social media influence.

When talking about his role models, Nick says, “Success does not grow simply from how they run or pursue a business, but how they act and make moves in their own personal lives all reflect and play a large role in why they are where they are.” This simple statement can give an easy idea of how highly Nick McCandless values his work ethics and business conduct.

Liad Biran, The Name Behind Some Of The Most Influential Social Media Campaigns Of 2020

What is the Accounts Payable Turnover Rate?

How to Age-proof your Skin according to renowned Plastic Surgeon, Dr. Cat Begovic