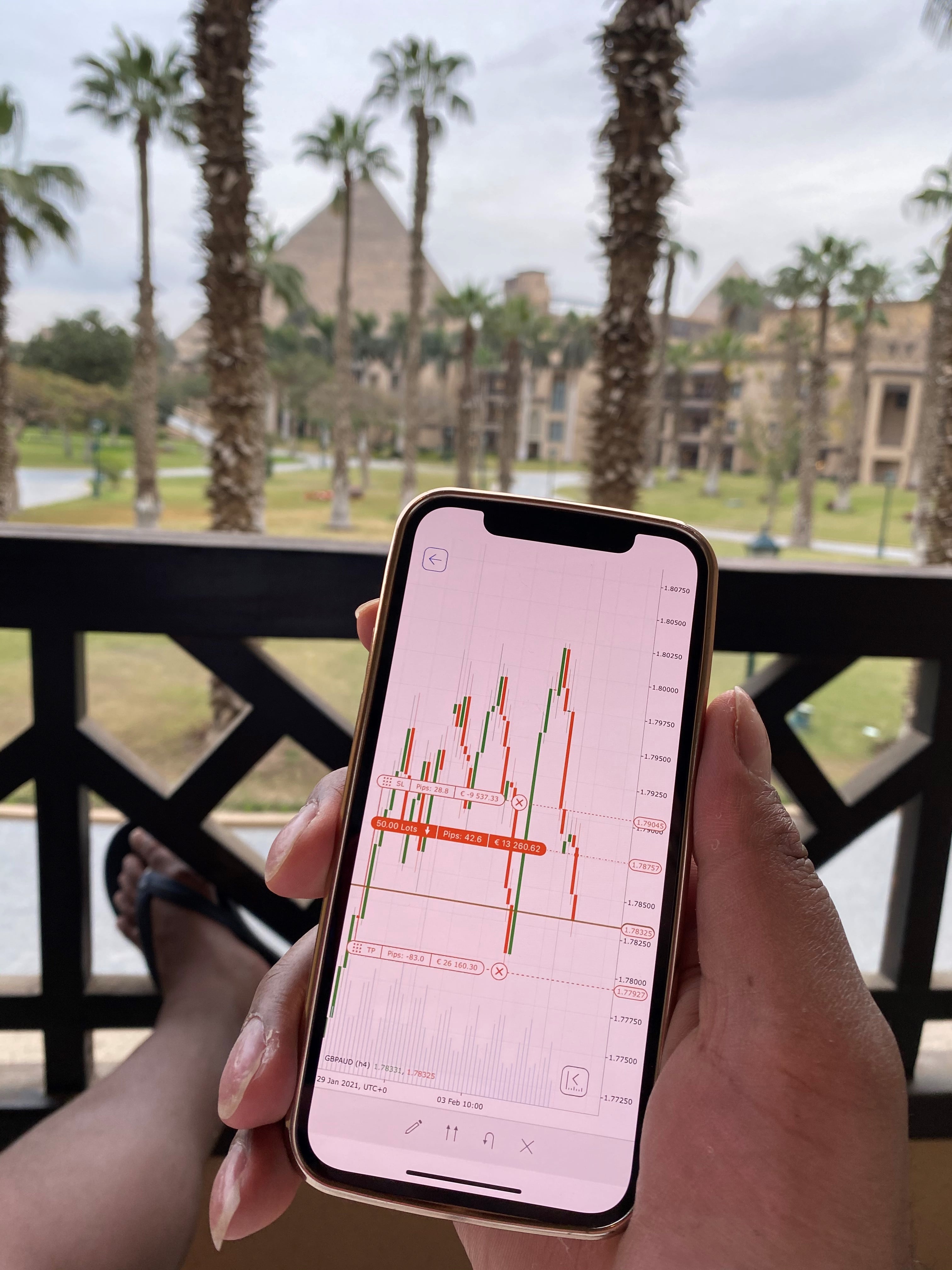 Rodney B is far from the typical forex trader. Rather than flaunt his lavish lifestyle of luxury cars and exotic locations on social media, he uses his large following to give back to anyone interested in forex. He shares his daily forex trades with 6000+ members absolutely free and has helped countless people make a living off of the forex markets. We sat down with Rodney, and he had great insights into his past, why he gives back, and what lies ahead for his career.

Rodney grew up in a modest household as a child. His family didn’t grow up with a lot of money, and this made him naturally ambitious to make a living for himself and become financially free. With such a strong mindset at a young age, he began dabbling in several different ventures before landing on forex trading.

Even though he’s experienced and a well-versed trader now, Rodney has had to work incredibly hard to get to the point he’s at. He started off in the forex markets four years ago and lost upwards of 50k in loans that he took out to fund his trading career. Faced with the burden of paying these loans back, he doubled down on trading and studied relentlessly to find patterns and strategies that would be consistently profitable. Once he found that one method amongst 99 worthless ones, everything quickly changed for him and his career.

Not only is Rodney motivated by his desire to be financially free, but he’s also now motivated by his ability to provide a real income for others through his trading signals. He has hundreds of testimonials from people that have had their lives changed with his signals, and the stories that Rodney has heard from people profiting on his signals have really changed his entire outlook on his career.

Rodney shared one of his favorite testimonials with us, saying, “I had one member who purchased a restaurant for $100k in cash with the trading profits from my forex signals.” Knowing that he has the ability to be the vehicle for his members to become financially free, he’s worked 7 days a week to find winning plays for everyone using his signals.

Now that Rodney has achieved his dream of financial freedom and is able to help countless others with his brand N3god_fx, he has plans for more in his career. With the forex market being the biggest financial market in the world, Rodney knows the opportunities are endless. When asked about what’s next, he shared, “I may start my own hedge fund for anyone to invest in and make great returns in. It’s not certain yet, but we will see.” Regardless of whether he starts a fund or not, one thing is certain: Rodney is only scratching the surface for all that he will achieve in his career.

Meet Nathan Chase Plummer, An Author With The Body Of An Athlete

OYeet NEX PRO vs. Hypervolt Plus! Here’s What Professionals Are Saying

Ziey Kizzy musician working experience and his favorites of all the time!

A story of Inspiration – Mads Kristensen