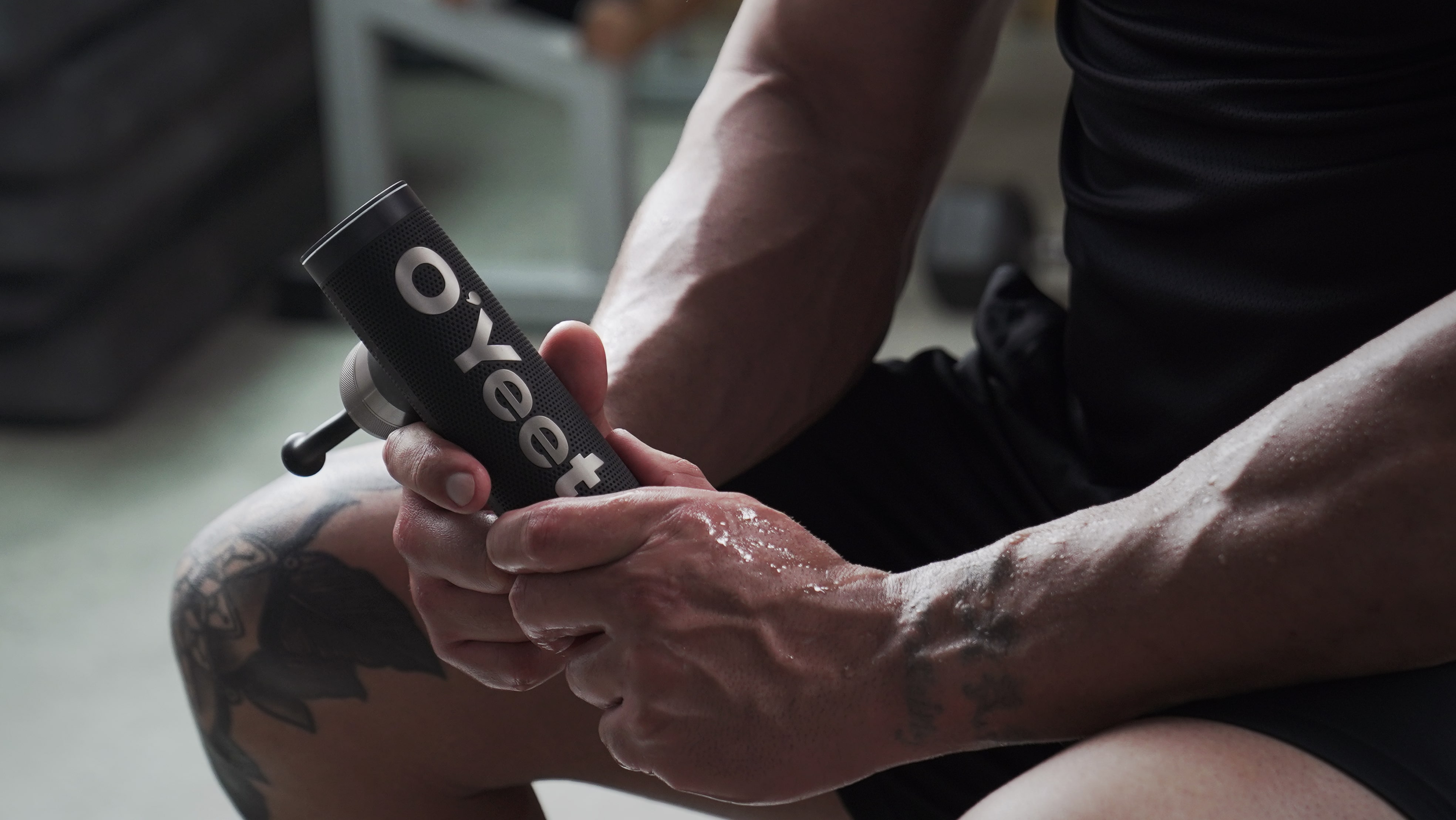 Sometimes during the intensity and burn of a full workout, it’s easy to overlook amid the adrenalized aftermath that your body and its muscles often need a helping hand or, in some cases, a massage gun, to recover properly. We’re often so focused on breaking our barriers and pushing the limits that we don’t give our recovery the attention it deserves. This is indeed a mistake. There are a lot of portable products out there that promise to work wonders in terms of the body’s natural healing process. Yet, in a health and fitness industry saturated with products that rarely deliver on promises, the OYeet NEX PRO is something of a well-kept secret. However, the key question on everybody’s lips is:Can the new kid on the block compete with the more established Hypervolt Plus?

It’s a big question as both the Hypervolt Plus and OYeet NEX PRO are major brands. On one hand, you have an established brand acclaimed for changing the world of percussion forever with its powerful & portable design, ultra-lightweight feel, and a dynamic combination of power, performance, and variability. On the other, you have the new entrant and the 2021 Reddot Design Award Winner – OYeet NEX PRO.

So the question is what exactly is the experts’ verdict? Well, the consensus appears to be one of great excitement for the features of NEX PRO which launched on Indiegogo.com. The team behind the OYeet NEX PRO has worked with professionals to create a product that is more powerful and much more compact than what was once considered possible.

All of the professional athletes who have road-tested the OYeet NEX PRO massage gun to date appear to be singing from the same hymn sheet. They are all huge fans of the product’s seamless ability to speed up their recovery speeds significantly, which affords them a more rounded and fulfilling wellness experience. Furthermore, they were all pleasantly surprised at the OYeet NEX PRO’s aptitudeto reduce tension and target deeper tissue relaxation 50 percent quicker than similar products. The athletes pointed to the increased blood flow triggered by the OYeet NEX PRO that leads to quicker recovery and speeds up rehab.

Another significant factor was the OYeet NEX PRO’s ability to break up scar tissues and restore muscles. The athletes also had a lot of positive things to say about its smart technology, power and portability, charging time, ease of use, silent operation, and the eight attachments which cater to all muscle types and modes.

A lot of the feedback suggested that the OYeet NEX PRO has definitely taken things to the next level as far as massage guns are concerned, and the product has yet again upped the stakes in what is already a hugely competitive market. The jury appears to have reached a verdict, and the OYeet NEX PRO looks likely to claim the crown in the massage gun market, based on experts’ opinion.

Ziey Kizzy musician working experience and his favorites of all the time!

A story of Inspiration – Mads Kristensen