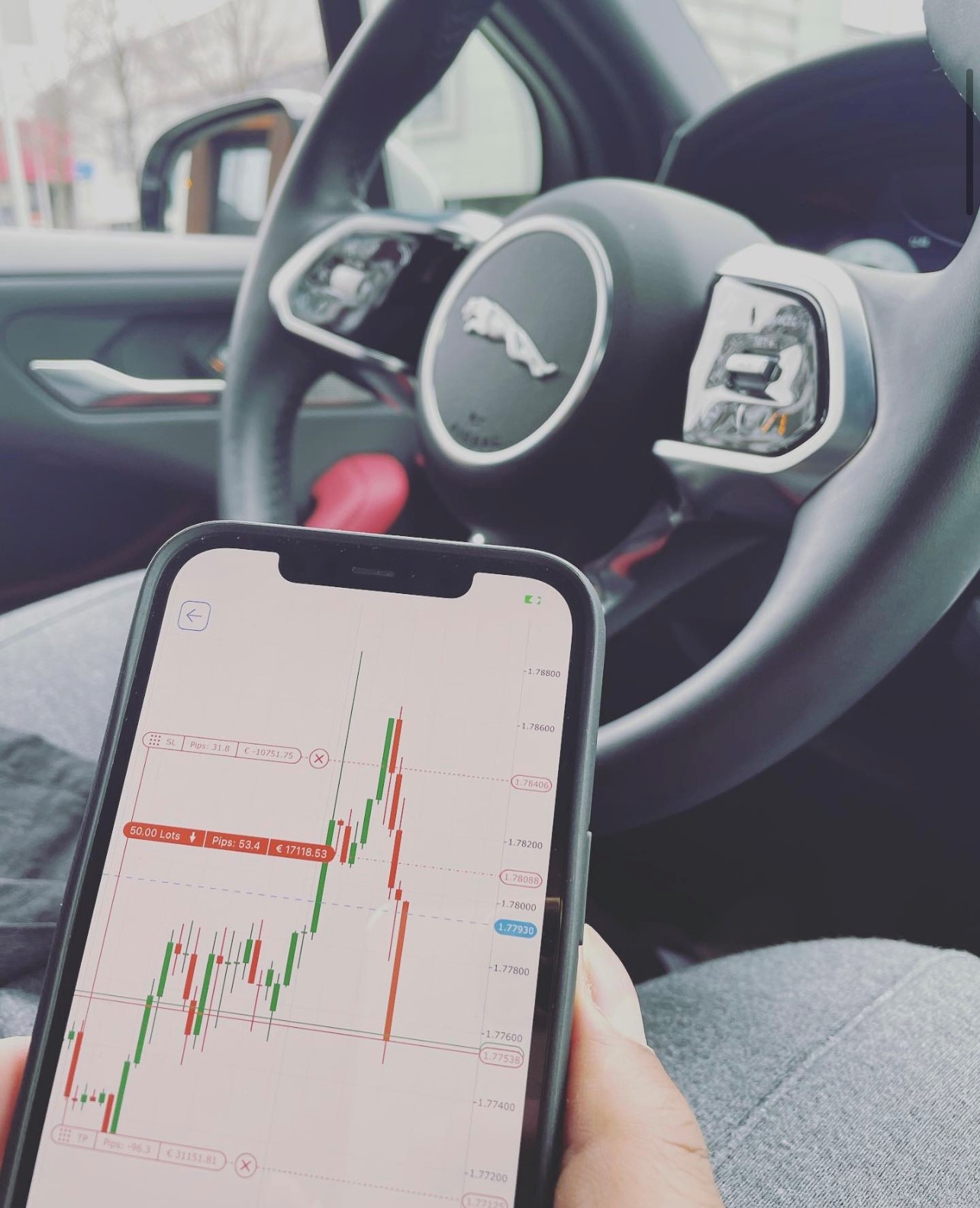 Rodney B. is a full-time Forex trader with a deep story of how he rose to the occasion in difficult times to create a stable income by tapping into the market. From a young age, seeing his mother struggle with finances, he knew he wanted to be financially free.  His curiosity guided him through the dark night of day trading, and his family motivated him to achieve his goals. His greatest hobby is reading, anything from investing strategy to esoteric matters. This led Rodney on an upward path on which he would overcome the biggest challenge of all: finding one strategy that actually worked consistently.

He had a rough start, like most who are brand new to the market, but he persevered. His failed entrepreneurial attempts actually showed him that his heart was in trading.  Rodney now has four years of experience trading in the Forex market with success. He gives it back through his Instagram page, where he shares his daily Forex trades with 6000+ members for FREE! This impressive financial consultant has more than 500 testimonials and over 900 premium members already and the word is spreading!

Four years ago, at the beginning of his journey as a Forex trader, Rodney got tempted by the many forex trading gurus on Instagram and youtube and spent thousands of dollars buying their courses and signals. This led him to lose money on the courses and lose even more money in the markets. He was very misinformed. Next, Rodney lost $50k which he owed to the bank from a loan he had taken out. This was devastating, but it prompted a great change! The mistake of trading with borrowed money had to be rectified!

He studied over 6000+ hours in backtesting hundreds of trading strategies.  He tested countless trading software and was relentless in trying out as many forex indicators he could find. Ninety-nine percent of those things were worthless but that 1% that he stumbled upon really changed the game and changed his bottom line significantly. With his last bit of remaining income, Rodney started trading forex again and managed to flip that around by starting his own business, N3god_fx. From that point on, he got consistent. And with that consistency came profitability so stable that he even became a full-time trader!

Rodney shares 4 to 10 free signals on his Instagram every day with his followers. Together they make a lot of money in the vast and great foreign currency exchange markets. He shares stories of people who bought houses, cars, took holidays, and more by using his advice.  Rodney had one member who purchased a restaurant for $100k with the trading profits they made via his forex signals!  The forex market is the biggest market on the planet and the opportunities are truly endless!

N3god_fx is helping people worldwide make the best daily forex trades and grow their trading accounts. Rodney B.’s innate ambition and intellectual diligence elevated him to a life of freedom. He can travel at his leisure, support his family, and feel financially secure to follow his dreams. Starting his own hedge fund may be on the horizon for him. Rodney and n3god_fx are the real deal when it comes to trading the Forex market!

People are Loving to Install Spanish Tiles in their Homes

How Kissa McCarty Gains Influence Through Diligence and Courage

How you can Easily File Insurance Claim of Car Accidents

A Study About Acquisition Law Firms with Easiness

Shutting Down Cities Across The United Kingdom With Shutdown Events

Why Alexis Parcells Is Dedicated to Her Mission of Empowering Women

4 Essential Lessons in Establishing Trust as a Lawyer