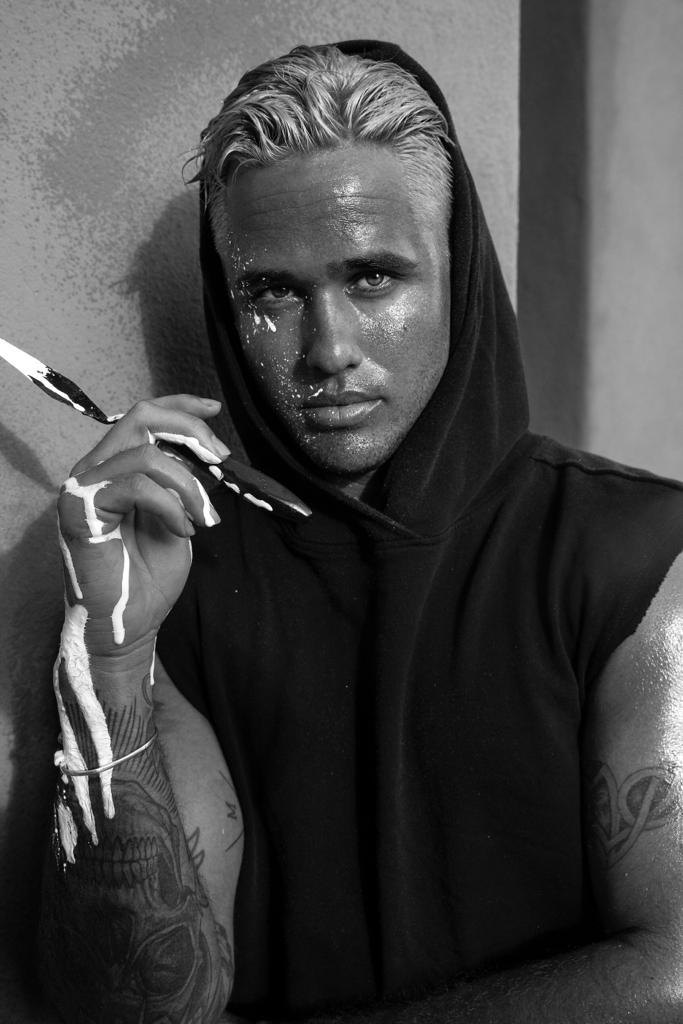 Mark Rios was born in Barcelona in 1987. Professionally known as Mr. Dripping, Mark is an artist and fashion designer with a unique self-taught dripping technique that has reached and been exposed to major cities such as Barcelona, Madrid, Florence, New York, Miami, and Los Angeles.

Currently based in Los Angeles, CA, Mr. Dripping works at his gallery, where he puts on shows and exhibitions, and other events to continue spreading his talent and making his work known around the world.

Mr. Dripping grew up in Barcelona, Spain. He studied art at the Frederic Mistral school in Barcelona to subsequently enroll in the Design School ESDI, where he directed his career towards fashion design. He pursued this as a career with great success for two years and has created his brand of clothing and bags that he was selling in multi-brand stores around the country. In 2015, his interests shifted towards the world of art, and he discovered his own technique, which he called Dripping. He spent a year showing his art pieces in a small touristic area of Barcelona, where he found his work’s potential. At the same time, He began doing live performances, showing his Dripping Technique to crowds. This allowed him to gain exposure and the interest of hotels, clubs, fashion brands, weddings, corporate events, and private clients.

With the interesting life path and unique approach to his work, his name is nothing but notable. With each collection, show, and piece of his being even better than the last, Marks is a massive inspiration to many and a role model to many more. With a huge scene that is modern art and fashion, having a beacon of inspiration in this contemporary era has pushed so many artists forward in their careers.