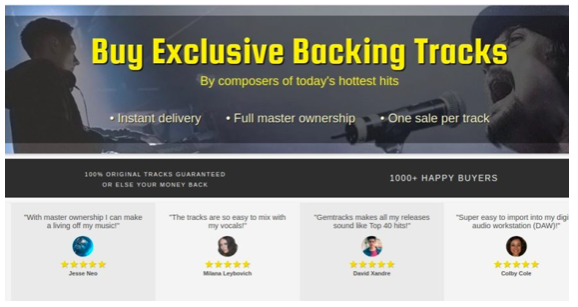 Jesse Neo is a 23-year-old Australian producer, DJ, singer and songwriter. In the year 2017, while Jesse Neo was just 20 years old, he started his journey into creating electronic music. He has since perfected and mastered this art with his work being published in several magazines and aired on radio. His style of electronic music has a unique skill of blending Eurodance with pop to come up with a unique sound that has shown to rock every club. Jesse is also a computer programmer, a skill that he has used to create a new platform for all musicians, known as Gemtracks.

“With master ownership, a musician can live off their music,” Jesse told us. By this, he implied it has always used this master ownership philosophy to come up with the best products on the market so that the artist would be able to keep all of their profit. “One thing that people don’t know about me is that I’m a very crafty and technical person,” Jesse added, claiming he is always keen to come up with ways to solve problems. Jesse claims that the biggest challenge in the music industry is technical innovations.

With his problem-solving drive, he launched his new online platform known in early 2020. Gemtracks is an online store that sells beats to singers to use in their own song releases. Gemtracks sells each track to one customer only; this works well to ensure that only one customer can get licensed to one particular track.

The beats are created by the same producers that crafted the tracks for established singers in Universal, Warner and Sony. This means every beat on Gemtracks is the same quality as the kind heard of international superstars.

The specialty with Gemtracks is that there are also several additional services that musicians will be able to take advantage of when they come to the website. These include a new feature to rent music studios, and a playlist submission to get songs into more listeners around the world.

“One very boring task that I had to do every day while working in music was being on the phone with endless clients discussing my next song, the contract, the method I would use to transfer the audio files, and things like that,” said Jesse. He continued to reveal, “It got to the point I wasn’t able to spend an hour working on my art without being interrupted by technical questions like the client didn’t know what I mean to ‘go back to the previous folder’ when I told them to find the files in a USB drive.”

Gemtracks works both as an online market for musical works and a collaboration platform where producers share ideas. Singers can look for producers for advice and other tasks or book sessions in a recording studio. If this sounds like something you would be interested in, make sure you head over to the website now and see how it can help you.