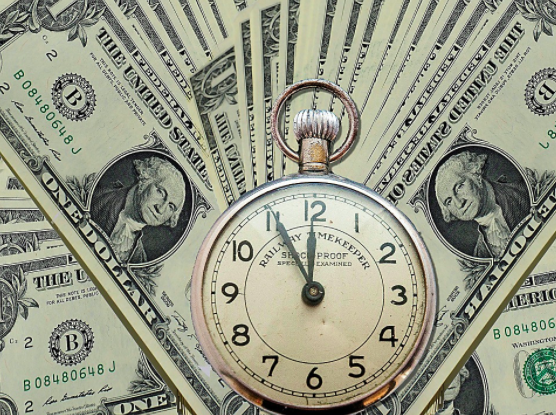 When a new trader enters the forex market, one of the first questions that hits them is,

Forex trading can be overwhelming, at first glance, because of the endless trading options that are offered.

One of the reasons forex trading is so popular is because the market is one of the biggest, most liquid, and most trusted platforms for trading. Through this market, one can buy, sell, and exchange a variety of assets and commodities. Forex also offers significant accessibility, with the market being open 24 hours a day, for five days of the week (not including holidays).

Most beginners are advised to look at currency pairs, first, before trying to trade other assets or commodities.

What Are Currency Pairs?

Currency pairs are traded in the foreign exchange market (also known as the forex market). For new traders, the concept of trading currencies can come across as difficult to approach. Faced with moving graphs, quick-time decisions, and the prospect of losing or gaining money, it’s understandable why a novice would feel overwhelmed during their initial phase as a trader.

How To Navigate Pairs Without Getting Lost

But, what helps, often, is simplifying the process. Experts define currency trading, in forex markets, as the “simultaneous purchase of one currency and sale of another”. So, essentially, when you trade you are simply buying and selling off an instrument. When it comes to trading currencies, this happens in pairs.

Currencies are traded as a duo, within varied sets of time, and are also treated as single units.  “If you buy a currency pair,” Alex Campbell, CEO of Vast Triumph, explains, “You buy the base currency and implicitly sell the quoted currency.”  Basically, you are selling one pair to buy another – which differs from trading within the stock or commodity market. In these respective markets, you are using your money to purchase a tangible asset – e.g. buying Nike stock or purchasing an ounce of gold.

In simpler terms, you buy at a starting point, and sell at a time that is predicted to be optimal or ideal. There are countless currency pairs to trade in the forex market, and every trader has a reason for why they choose the pairs they do. But if you are a beginner in the forex space, you might struggle to find the right pairs.

The Top 3 Forex Currency Pairs You Need To Know

This pair is considered the most liquid currency pair in the world, earning the nickname “Fiber”. It’s one of the “easier” pairs to gravitate towards, partly because everyone is familiar with this pairing. The Euro and the US Dollar represent the largest economies in the world, spanning from the US economy and the European Union respectively.

High volumes on this trade mean tighter spreads and less price differences between the two of them. Investopedia explains that, “the quotation EUR/USD = 1.2500 means that one euro is exchanged for 1.2500 U.S. dollars.” So, in this instance, EUR is the base currency and USD is the quote currency (counter currency).

Volatility within this pair is relatively “safer” in comparison to other currency pairs, which could also mean that trading here could bring in lesser returns compared to a pair with looser spreads and a significant price difference.

Experts often advise traders to start with the familiar pairs they know, with EUR/USD being one of them, in order to get a hang on the forex environment.

This pair is uncannily known as “The Ninja” and comes as the second most traded currency pair. One of the reasons why the Japanese Yen is so popular is because traders borrow this currency to invest in pairs that will bring higher returns. Traders are so comfortable with the Yen, they actually refer to it as a “safe haven” currency.

Due to its notably high volumes in which it is traded, bids tend to involve lower differences in the two currencies, and massive availability in liquidity.

The currency pair between the GBP (Pound Sterling) and the USD, is also known as “Cable” because of a long-dating history that mentions how undersea cables used to carry bid and ask quotes across the Atlantic Ocean.

This major pair shares similarities with the Euro-Dollar pair because, again, these two currencies represent two of the major economies in the world. And even though Brexit has occurred, the United Kingdom’s economy is still, to an extent, tied to the European Union.

“As this is another popular currency pair,” Campbell notes, “traders can expect lower price differences, higher liquidity, and an increased likelihood of understanding patterns while trying to make trading decisions here.”

Are You A New Trader? Don’t Make This Mistake

These are just 3 of the many currency pairs that exist in the forex market, but if you are a trader who is new to the scene and needs to learn the ropes, it’s good to start here. One of the biggest mistakes new traders make is trying to target currency pairs that are not as popular, in order to make bigger profits. But, if you haven’t understood trading, or don’t have a solid strategy, you will make more losses than gains in your first days of trading.

This is why it is important to have a trading strategy that can help you become consistent and disciplined in this field. Having a solid trading strategy won’t guarantee you major profits, especially in the early days, but it will help you receive consistent income that builds up with time, and also stops you from making loss-induced decisions.

“In order to identify the best trading strategy, you need to consult an expert trader or broker who can guide you accordingly,” Campbell advises, “Most novices struggle to accept this because they think that they can do it on their own, but this is where the most mistakes are made. If you are interested in forex trading, don’t fall into this line of thinking. Reach out for help from pros with a reliable track record, so that your journey can start from a good position.”