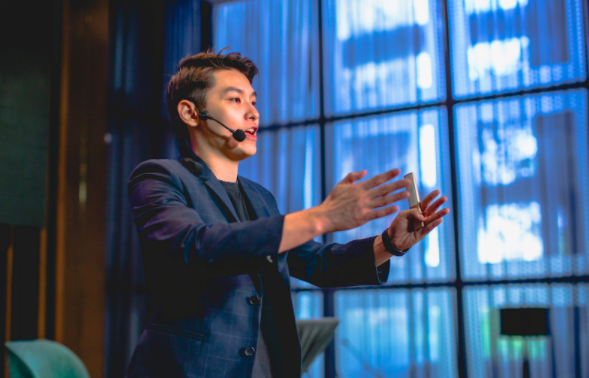 What’s the first thing that comes to mind when you think about starting an online business? Many people prioritize building a website with all the bells and whistles. But you have to remember that an attractive website proves useless unless you’re able to generate targeted traffic. This is one of the things that catapulted Reeve Yew to unparalleled success in his teenage years. By leveraging the power of web design and digital marketing, he managed to earn $2,500 a month at 15 years old by reselling imported products from China.

Since then, Reeve Yew has spent a lot of time mastering the art of creating clever and sustainable sales funnels. Throughout his career, he has come up with different techniques to overcome challenges that might negatively impact his profit-making channels. Although he won 5 hackathons and earned a Bachelor’s degree in Business Management from King’s College London, his limited knowledge in digital marketing prevented him from reaching the success that he always dreamed of.

Now that he is an established entrepreneur, he can identify and has a better understanding of the mistakes that new business owners make. Aside from his personal projects, Reeve also focuses on running his digital marketing company alongside his brother, helping aspiring business owners increase their online visibility and reach their target audience.

Reeve and his brother, Jackson Yew, co-founded their company called Funnel Duo Media. It focuses on building landing pages, providing marketing strategies, and business consultation. When it comes to propelling their business to success, Reeve micromanaged its digital marketing so well that the company now earns more than 6 figures each month.

While learning about digital marketing, Reeve came to know about a strategy called competitor-based keyword research. He calls it the SEO Imitation Framework. It involves identifying what your competitors are doing and creating a plan to beat them at their own game. Reeve conducted numerous experiments until he formulated an actionable step-by-step strategy. He identified his top competitors and spent time taking notes of the digital marketing strategies they employed. Soon, he used this tactic on his own websites and added a few of his own strategies. He went on to use it on Funnel Duo Media as well, where he now serves as the company’s traffic generation specialist.

Reeve’s immense experience in digital marketing and web development has given him the opportunity to work with clients from different industries. From data scientists to F&B franchises, their company’s door is open to everyone. While Funnel Duo Media initially focused on creating landing pages, the company has since expanded into other digital marketing services.

Funnel Duo Media now works with companies, both large and small, that want to improve their online presence and reputation. The company employs web design, traffic generation, and social media marketing experts to help them build customized strategies according to the unique needs of each client.

Reeve Yew is now the face of Funnel Duo Media, traveling to different parts of the world to share his success story and inspire those who dream of building their own company.

Carly R Bel Is More Than Just A Pretty Face!

Jesse Neo and His Platform – Gemtracks