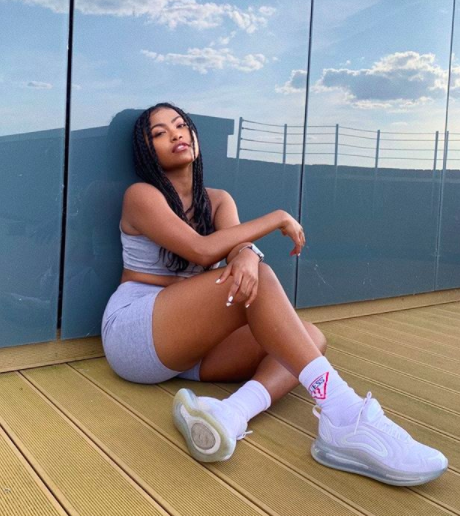 Tsunari, the British-Thai hip-hop artist is taking advantage of the boom of hip-hop music in Thailand. And she is releasing many exciting and inspirational songs on all music streaming platforms. Tsunari celebrates self-love, uniqueness, and individuality in all her musical works.

Born in Northampton, the UK to a Thai mother and British-Trinidadian father, Tsunari had traveled from one place to another during her growing years. And she gathered multi-cultural experiences during her upbringing. The hip-hop artist got raised in Korat, a city in Thailand and she developed a passion for music at the age of 13.

For pursuing her musical career, Tsunari left for London in 2015. According to Tsunari, she faced a lot of difficult times during her upbringing years and she got bullied a lot for being a mixed-race black child in Southeast Asia. She very well knows how difficult it becomes to overcome such scares that a person receives during her childhood days.

And Tsunari decided to pursue her career in music for finding herself and she managed to do it on her own. Through her musical works, Tsunari loves to inspire people facing conflicts related to self-acceptance and individuality. In all her musical works, the hip-hop artist inspires everyone to accept themselves fully and avoid taking any crap from anybody.

Recently, she released a song titled ‘Mula’ that has got a positive response on all music platforms. The music video is directed by Jay Parpworth and Tsunari has also launched a ‘Mula’ challenge on her Instagram and TikTok account. The hip-hop artist used to listen to artists namely, Destiny’s Child, Whitney Houston, Mariah Carey, Stevie Wonder, The Spice Girls, and Britney Spears, to name a few. This made her interested to step into the music world.

How to Reduce Waste at a Manufacturing Plant

Here is all you Need to Know about Royalty Free Music

Brose Royce’s Lyriplex has emerged as the leading artist development and PR portal in the entertainment industry.