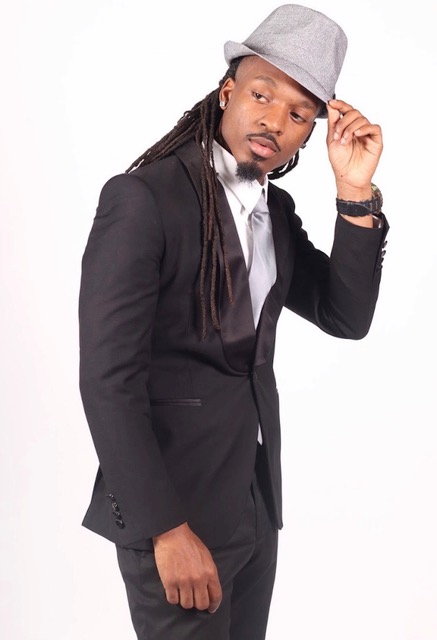 I feel it safe to say 2020 has been quite an eye opening year for everyone. Untimely deaths, a global pandemic, election approaching and the biggest civil rights movement in the history of mankind. This year has caused plenty businesses to shut down and has also sky rocketed others. Vigilante is one of those fortunate people who ended up on the sky rocket side of things. Thou his plans to reshoot with the upcoming Netflix film 21 Questions was postpones vigilante still managed to complete 2 modeling demo reels, continue his radio tour, partner with Slingshots photography, land new film roles, renew his partnership with YOD Cards and even land the cover of Jerido Magazine. With all this great stuff going on there was still something bothering Vigilante.

George Floyd. Does that name should familiar to you? Thats the name of an African American male who was killed by multiple police officers on camera. While driving home from a booking Vigilante turned on the radio and noticed that every station was covering this story. As more details hit Vigilantes ears he knew that this was his final straw with police killings and that he was going to do something about it. Vigilante had never been involved in any civil rights movements outside of creating a song titled I CANT BREATHE. Knowing how new to this task he was he approached it very patient and with a level head. After a few hours thinking about the best approach to take Vigilante decided he did not want to join the protest, he did not want to loot or and riot and he did not want to go on social media and complain. Instead he decided to set up a meeting with the deputy chief of Cobb County.

After arriving to the police department Vigilante walked into a pleasant surprise that he would also be meeting with the chief as well as deputy chief. It was clear at the start of the conversation that no one knew what to expect coming into the meeting. Before coming into the meeting the deputy chief asked Vigilante to send him an outline of what they would be talking about. At the start of the meeting after speaking for 5 minutes Vigilante looked over the outline that he had sent, folded the paper and proceeded to have a heart to heart conversation. This conversation lasted almost 3 hours. Both Vigilante and both chiefs walked away from the conversation feeling it was very pleasant and they both learned a lot. The conversation concluded with both chiefs expressing interest in furthering working with Vigilante to help spread and solidify their genuine stance against police brutality and racism.

A week later Vigilante Met with the sergeant Wayne Delk and Officer McDonald. Officer McDonald has been serving on the force for 5 years and is the first female African American on the dive team. Sergeant Delk is now creeping up on his 23rd year of service on the force. Delk is head of the social media devision for the Cobb County police station as well. Both Vigilante and Delk share a lot of the same views about the image they would like to see showcased as far as the positive work that police officers do. Neither of them stand with cops who abuse their power and believe punishment should come to any officer that does not respect their badge or the people they have been assigned to protect.

On both Vigilante’s instagram and YouTube channel you can find him interviewing Delk and McDonald. Even thou Vigilante has a worldwide fanbase a large portion of then live in Georgia so these interviews were to give the local public a direct line to the officials that protect them everyday. Moving forward Delk and Vigilante plan to get both chiefs to have an on camera coversation and much more.

How to get justice for George Floyd, Mike Brown, Breanna Taylor and every victim to police brutality or the crime are also heavy discussions that we all have and we all agree that we will not stop talking about this until we come up with great solutions. Vigilantes goals are also to change policies that protect police officers who unlawfully kill civilians and any other policy that works in favor of one group over another.

The ultimate goal is to change laws and policies to end the ongoing system Of systemic racism and police brutality. There are multiple steps that have to be taken as we lead into assuring that a permanent change is enforced. One of the huge steps that we miss consistently is getting to know the officials in our own community. I took the opportunity to do so in mine And I feel it beneficial for you to do the same.

There’s no one way to fix these issues. Vigilante feels we should all be receptive to each others methods and remember for the most part we all share similar or the same end goals.

Javier Armijo – New Releases Sure To Inspire Filmmakers In 2020

In 2018, India saw an increase in Love Marriages