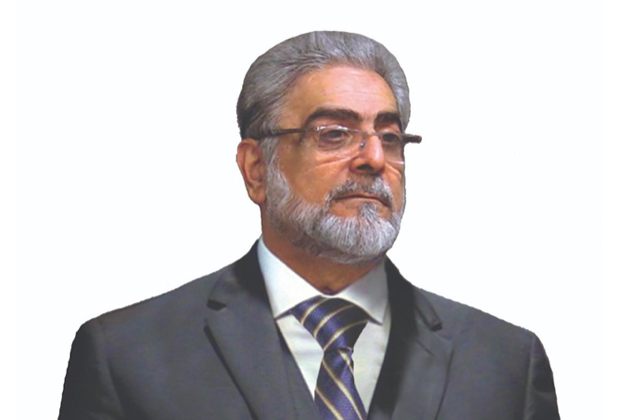 It takes years and even decades for some people to find their true purpose. While for others, it only takes one incident that makes them realize what they are meant to do. The people who are able to understand the true meaning of their lives in early age are lucky. They can shape their lives according to it and work to strengthen their beliefs and vision.

Mohammad Shaikh, one of the most influential Islamic scholars in the world, is dedicated to the Lord and has an excellent understanding of the teachings in the Holy Quran. He is a renowned Muslim who is known for his exceptional understanding of the Quranic verses. However, he was not always this devoted to his religion, teachings of the Holy Book, or an avid follower of the sunnah.

While he has millions of Muslim followers across the globe, not many people are aware of his story. A story that most of the Muslims can relate to, a story that moves, and a story that makes ‘cultural’ Muslims question their deeds.

Living a Life as a ‘Cultural’ Muslim

Mohammad Shaikh was born in a Muslim family to Mr. and Mrs. Ghulam Nazimuddin in Karachi, Pakistan. His grandfather, Captain Ghulam Fareeduddin, worked in close association with Muhammad Ali Jinnah, the founder of Pakistan.

Mohammad Shaikh’s family was not towards extremism, which turned the young boy into a cultural religion follower. The family-owned ‘Video Cottage,’ a video rental shop. It was part of the family business.

The young boy was doing what was being taught by society and parents. He was one of those Muslims who prayed on Fridays and the occasion of Eid. He read the Holy Quran in Arabic but never really understood what the verses in the Book meant.

He completed his primary education from Happy Home School and went to Islamia College to complete his education. His life was stable until his father passed away in 1969 when Mohammad Shaikh was just 16 years old. After graduating from the college, he was inducted in National Survey announced by the prime minister for the 1971 war. He was deployed as part of the military police at the Rajasthan borders.

Mohammad Shaikh left the army and got selected as a cadet in Merchant Navy. He was not passionate about being part of the forces, but he had to support his family. The death of his father did put a financial strain on his family. Being in the Merchant Navy paid good money, and that was what Mohammad Shaikh was looking for at that time.

An Eye-Opening Meeting with a Devout Christian

As a Merchant Navy, Mohammad Shaikh got a chance to travel the three-fourth part of the world. During this time, he also performed pilgrimage at Makkah. While he was on the ship, he met a devout Christian. He was well-versed with Bible teachings and possessed extensive knowledge about Christianity. A discussion of a few minutes got Mohammad Shaikh thinking about what Islam was and what sort of Muslim he was.

The man asked Mohammad Shaikh if he was Muslim, to which he proudly answered with a ‘yes.’ What came next made him question whether he was a Muslim or not. The man stated, “Bible was revealed before the Holy Quran, and that Quran has stolen the teachings of the Bible.” Mohammad Shaikh was taken aback by the statement, and he was offended. He then stated, “tell me something from the Quran, and I will bring a verse from the Bible that states the same thing.”

The Christian man’s question was easy, but for people who actually understood the verses of the Holy Quran. Mohammad Shaikh said that he did not have anything from the Quran which shook the other man. He said that the Bible had been translated into more than 3000 languages of the world. While the Holy Quran was also translated, Mohammad Shaikh was unaware of the fact, and he could not answer him. After the meeting, he questioned himself, “what kind of a Muslim am I, who does not know what his religion is teaching?”

Mohammad Shaikh left his job at the Merchant Navy after spending five years on the ship. Instead of giving his exam for Captainship, he resigned and joined his family business of video rentals at the age of 30. During this time, he developed a fondness for filmmaking, documentaries, and modeling.

He starred in several commercials for his video rental shop that had its branches on Tariq Road and Defense, Karachi. His photographs appeared in advertisements in magazines, and he actively worked on making documentaries.

Video Cottage was one of the best video rentals in town as it provided high-quality versions of American TV series and offered a wide variety of videos. The meeting with that Christian man was still fresh in his mind, but he wanted to have his own perspective about his religion. Mohammad Shaikh wanted to know what the Holy Quran stated and not what his ancestors or other scholars told him.

His video center had a huge collection of Islamic comparative videos from scholars and other people who converted to Muslims. He started reading translated Quran and watching videos by scholars such as Ahmad Deedat. Moreover, he also watched comparative videos of Cat Stevens, who converted to Islam and named himself Yousuf Islam and of Gary Miller. The latter was also a convert and named himself Abdul Ahad Omer.

One day, a man came to his shop and demanded movies that Mohammad Shaikh’s rental did not deal with, and it infuriated the man. He left the shop and returned with four other men and a gun. He started hitting Mohammad Shaikh on his head, after which he began to fall unconscious. He felt another gun pointed on his chest after a while he heard two gunshots. Mohammad Shaikh thought it was the end of his life, and he prayed, “Lord, save my life, and I will dedicate my life to You.”

The incident changed his life and helped him find his true purpose. He started understanding his religion. Mohammad Shaikh was in the book, “The 500 Most Influential Muslims 2010” by The Royal Islamic Strategic Studies Centre. His life-long dedication to Islam made him the 4th Most Influential Muslim in the World in an online poll conducted by Reuters in 2009. Mohammad Shaikh has been invited by several notable organizations such as The Department of Islamic Affairs & Charitable Activities in Dubai to talk about Islamic topics. Moreover, he has also been invited by organizations in Houston, US, and Toronto, Canada.

A 24-year-Old CEO from China, on Her Way to Becoming a Top Cover Page Model

An Entertainment-Packed Hub, Helping Businesses to Grow – Yooflix is Revolutionizing the World of Video Streaming

People are Loving to Install Spanish Tiles in their Homes