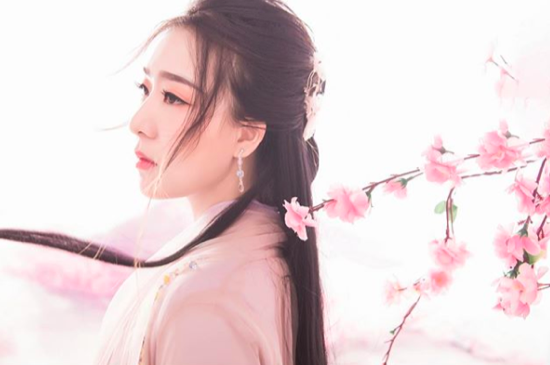 The Generation Why, comprising of Generation Z and millennials, is said to be the greatest generation since the ‘greatest generation.’ These people who belong to the age group of 5 years to 25 years old and from 26 years to 37 years old are often labeled as ‘aimless,’ ‘restless,’ and ‘social media addicts.’ However, this world fails to realize that it is these tech-savvy and forward-thinking group of people who will serve as the leaders of the future. They are not wired to ‘go with the flow,’ instead, these are the ones who go against the flow, if it suits them.

They are not the defiers of the law. Instead, they are the ones who break traditions, to bring better solutions for only themselves but the world. They are emerging at the top of every profession, whether its arts, science, engineering, or medical, these individuals are topping the charts with their dynamic approach and a broader mindset.

When talking about the Generation Why, there are hundreds of examples of people from this group who are excelling in their respective careers. One such name is that of Amber Wang from China. She is just 24 years old, and at such a young age, she serves as the CEO of an English training center and is also ruling the modeling industry.

A Cover Page Model Rising to the Top

Amber Wang is professionally known as Zhaoyang Wang in the world of modeling. Her story is not like other models at present, who usually dream about modeling since their childhood. Did Amber know she was meant to be a model? No. She was still on her way of exploring the world at the time she landed on an opportunity that turned her life around.

She was born and raised in Luoyang, Henan, China, in a wealthy family. She moved to the United States at the age of 15 to complete her education but dropped out of Wilkes University just one year later. She returned to China, where she worked to set up Warrior Education, an English training agency. At the age of 14, she became the CEO of the company and moved back to the United States to complete her degree in the communication of art and science from Penn State University.

It was during this time she was spotted by a modeling agency. She was at a mall with friends when a modeling agency decided to give her a chance. It was a surprising event in her life as she was all about growing her business in China. Once she gave modeling a try, she felt she was meant for this. She states, “You might be surprised to know that I was not into modeling and stuff. Funnily enough, I was fond of basketball and was an active athlete during my teens. I even won a championship on the national level.”

She further discusses her modeling life, “To be honest, I was surprised when I landed on the first opportunity. I was not sure if I could do this. But standing in front of the camera, in the lights, it made me sparkle from within. Modeling made me happy, and when something you do makes you happy from within, you are meant for it.”

After being a part of the elite model look competition in 2019, her life changed for good. She became a modeling sensation on social media. It marked the start of her career, and it is when she was invited by Wilhelmina Models for a sports art shooting by James Farrell, a famous sports photographer. It was a huge opportunity for an amateur model like Amber.

Amber took up a professional name, “Zhaoyang Wang,” and started her career. She landed on an internship at the New York Fashion Week in 2019, something many models dream of, but not all are lucky enough to land on such opportunity.

The internship provided her the exposure that is imperative for success in the world of modeling. The fashion industry is one of those sectors that value models more than anything, and this is what she got. The internship helped her land on fantastic modeling gigs.

She became a model for several campaigns, including the COVID-19 Time campaign by Elegant Magazine in May 2020. In addition to this, she got featured in campaigns by Shuba Magazine and Luxia Magazine. In 2020, Zhaoyang Wang was invited to the New York Fashion Week. At present, she is one of the first Chinese models to get the honor of becoming the ‘cover girl’ for Pump Magazine. This highly esteemed Fashion Lifestyle magazine features only the top entities in the fashion world.

About Zhaoyang Wang – Another Proof for the World

While Zhaonyang Wang has developed a huge fanbase and is serving as an inspiration for many aspiring models, not a lot of people know that she was not into modeling. Her birth name is Amber Wang, and she was born on June 10, 1996, in a well-off family. Her mother was the Vice President of a business club in Nanyang, and her grandfather was among the first series of pilots in China.

When she was in primary school, she was an active basketball player. At the age of 14, she won a national-level championship as a part of her local basketball team. It was a milestone in her life. To complete her education, she moved to the United States at the age of 15.

Amber completed her high school education from Calvary chapel Christian school and joined Wilkes University for further education. She did not complete her graduation; instead moved back to China, where she established an English training center, Warrior Education. Amber spent time there and became the CEO at the age of 19 and had built a network of 30 high schools in China. She then moved back to the United States and graduated from Penn State University.

Zhaoyang Wang’s life is full of unexpected twists and turns, but she wisely took steps to decide what she wanted to do in life. She is just 24 years old and a CEO of a training center in China and the first Chinese model to appear on the cover page of Pump Magazine and several other well-reputed fashion lifestyle magazines. She is part of Generation Why, another example that proves that these youngsters are meant for greatness; they are restless but have extensive potential to succeed in life!

What Makes Twenty One Year Old İbrahim Halil Uysal from Turkey the Best Confectioner in Town? Read on to Know That