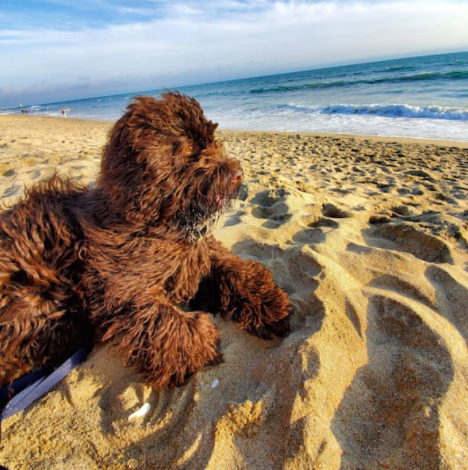 A high number of people across the world deal with loneliness on a daily basis and they look for someone to fill the emptiness in their lives. Owning a puppy can be a very good choice to have a good company and end loneliness. Out of many breeds of puppies, Labradoodle should be selected by anyone looking for companionship.

Labradoodle is a hybrid of poodle and Labrador retriever, known for its intelligence. Due to this, Labradoodle puppies are easy to train and they learn new things at a fast rate. Especially, for a peace-loving person, there is no other better choice than Labradoodle.

These days, the demand for Labradoodle puppies is increasing in different parts of the world. Since they are available in different sizes and colors, a lot of people in California are owning this breed of puppies to enjoy their company.

Kinzie Doodles, a Southern California based breeder of labradoodle puppies is enjoying high demand. It also makes available Goldendoodle and Irish doodle in California. Soon, it will also introduce Bernedoodle puppies on its online platform.

In order to make people aware of its service, it posts photos of different breeds of puppies on its Instagram account. Kinzie Doodles will breed Labradoodle puppies in August and they will be born in October. And after 8 weeks of their birth, buyers will be able to take them home in December. It has announced that its Labradoodle breed will be in chocolate color.

The special trait of Labradoodles is that they need a company and due to their playful nature, one can easily play games with them. Their company really adds a lot of fun and enjoyment in the life of everyone who is looking for some entertainment after a tiring day. Hence, a lot of people facing loneliness are now owning Labradoodles to add fun to their lives.