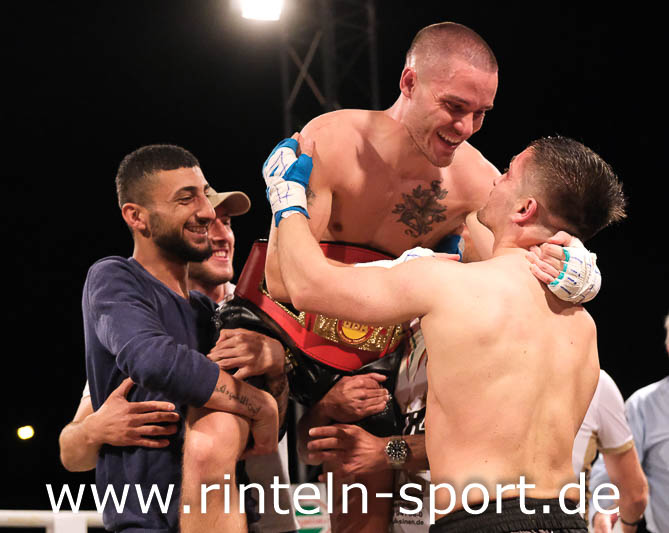 It has always been a delight to watch the sport of boxing but there goes a lot of training behind it. It takes years of training to prepare for that one fight. Piergiulio Ruhe, a boxer based in Germany trained for 6 years before making his professional debut on May 26, 2018. In his career so far, he has had 8 fights. He won 7 out of them out of which 5 fights he won through K.O. Ruhe is currently the Reigning German Champion in welterweight. Despite having an option to do a job or get into the business, this young man was extremely attracted to this sport. He says that when he steps in the ring, his only goal is to knock out the opponent and emerge as victorious.

Also known as Toto, he is of German and Italian nationality who aims to fight at the world championship in Las Vegas, USA. Ruhe has a secondary school certificate and has completed vocational training in construction mechanics. Besides this, his family business ‘WARU – Wertvolles Aus Aluminium’ is one successful venture across Germany. Piergiulio lives by one motto in his life. “Your life has no remote control. Get up and control your life by yourself.” It is the reason why he is successfully adamant towards his goal. Apart from this, the boxer in his career so far has been constantly following the 5 secrets which are discipline, willpower, self-confidence, implementation capability and dedication.

He shares, “You must do things you love and do it with all your heart. Put your blood, soul and energy into it and see the life-changing results you get.” He got well-versed with boxing in his teenage after looking at his friend Mikael Mkrtchyan from Spain who has also been a professional fighter since 2013. Ruhe earlier had a match against the WBC Youth Champion Maono Ally from Tanzania for the intercontinental title. However, the coronavirus pandemic pushed the match which will now be happening mostly in September or October. Piergiulio has been putting in his all efforts to win this match as his victory will further take him to the Junior World Championship.

Michel Suarez and Growing Up!

Research Reveals the Transcription Services that will Take Over 2020

Adrian Bo: The man on a mission to take over the real estate sector successfully in Australia and other parts of the world