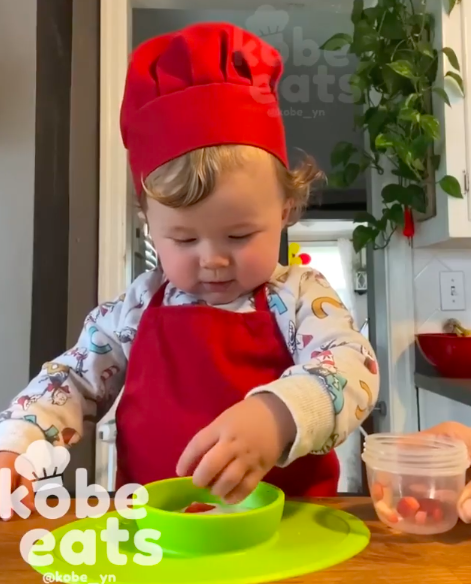 When it comes to food, we all follow shows like Masterchef or My Kitchen Rules. But now someone has gained more popularity than even the so-called top cooking shows. Kobe Wian is the 1-year-old chef who has become an internet sensation. He proved that when it comes to kitchen, age is just a number.

Kobe Wian has over 1.5 million Instagram followers, including the strictest chef in the world, Gordon Ramsey. His Instagram user id is Kobe Eats, and his parents manage his account. He also has pages on platforms like Tiktok and Twitter. To connect with him, many people have started looking up to the best website to buy instagram followers so that they can gain some visibility and connect with this cute bundle of joy.

His parents shared that they allowed Kobe into the kitchen initially because they thought it would improve his motor skills. And the kid excelled at mixing things up, and he has fine-tuning motor skills. At first, his mother recorded the video, and since then, it started becoming a regular thing. They first posted his video on February 25th, 2020.

Every day, Ashley Wian and Kobe start preparing the food at 4:30 pm and record it. Eventually, they have dinner at 5:15 pm. His videos became popular because it was the first time people saw a chef baby and, of course, his cuteness. Kobe sits on the kitchen counter with his chef hat and tastes everything he makes and gurgles with laughter every few seconds.

His mother is happy that their kid can make thousands of people happy with his smile. What initially started as a motor skills session of him identifying textures and measuring has become a popular internet event. Similar to Kobe Wian, Baby Chanco was another baby who became viral after being featured in the Pantene campaign.

In this time of Crisis, Emergency Loans Might be the Right yet Risky Choice for Borrowers