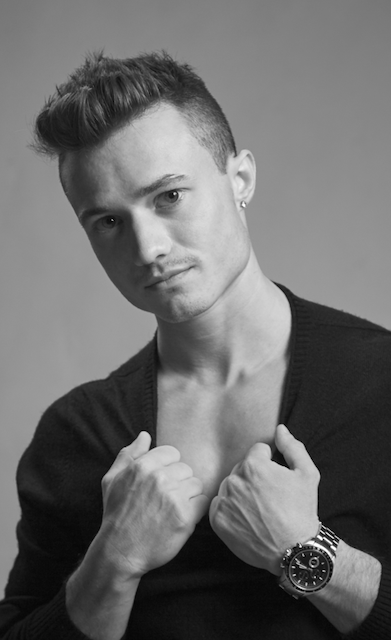 The costs of a music career can add up quite quickly.  With so many outlets requiring smart finances and support, many artists look to labels and investors for help.  In doing so, many may find themselves incredibly fortunate to have the power of a record label or financial investor behind them, easing the financial stress that many independent artists take on.

This support can come in many ways, such as music promotion, distribution fees, advertising, and even ground level costs such as studio time, studio equipment, beat licenses, show expenses, hotel stays and plane tickets.  Some may even be lucky enough to have somebody supporting all of their expenses, including payments towards their bills and daily meals.

For Leon Budrow, there is no additional financial support.  As a completely independent artist, Budrow pushes on without a label or an investor.  Instead, the self made musician drives forward with a heavy ambition to fund all of his projects on his own.

Though completely independent at the time of this article, Budrow does admit he is not opposed to signing a record deal or finding a financial investor.  In fact, he welcomes the opportunity to work with an individual or company that could help him take his career to the next level.

“I’ve never had any financial support behind me other than my own, which I am very proud of.  But if the right opportunity were to come along for a label or investor, I would definitely consider it.”

The expenses of a music career are certainly not cheap, so Budrow finds himself balancing two careers around his music to make ends meet.  As a Regional Manager for GNC Franchise and Show Manager for Hunk-O-Mania’s Philadelphia Male Revue, the artist has learned the value of a dollar and how to wisely invest his money in the right directions towards his projects.

“As I’ve grown as an artist, I’ve definitely invested quite a lot of money into my music career” Budrow states.  “Some of my investments were better than others, but I’ve learned from each them regardless.”

Budrow admits that he has had his share of ups and downs with his financial spending, with some expenses leading to better music quality and a bigger fan reach, while others have left him scammed.

“I’ve made moves that have really improved the quality of my music, such as better producers, engineers and studios.  Many shows and play listing options have really grown my fan reach in a positive direction as well, but I do regret a few decisions that I’ve made, most of which were made out of trust towards an individual.”

Budrow explains that while on Tour with Aaron Carter in 2019, he hired a videographer to film his performances.  Despite receiving a few videos, the videographer ghosted Leon without fulfilling the full agreement, leaving him without several show videos and valuable memories, as well as a brand new MacBook which the videographer stole in the process.

“I trusted a videographer that I had worked with a few times to film me while on tour, and he really burned me on our contract.”  Budrow explains.  “I also purchased a brand new MacBook to edit videos on the road, and not only did he not send me the videos I was owed, but he also ran off with my MacBook.”

Despite this terrible setback, Budrow has continued to push forward with his career and has been working towards legal action with this case.

“The worst part of that situation for me are the lost memories in the videos.”  Leon states.

“Those are very important to me, and it is very upsetting that I may never get to have those memories back despite having paid a huge cost to have them in the first place.”

“The money I lost paying for the video’s and the videographer could never equate to the value of those memories” Budrow firmly states.

More than just financial loss and emotional damage, the situation also did significant damage to Budrow’s career, as the videos were to be used for promotional purposes to grow his brand.  Without the videos, Budrow was unable to promote his tour’s work and stage experiences, which was very detrimental to his music career.

“Without the videos, I wasn’t able to show my fans what I had done while on tour which really set me back.”  Budrow states.

The tour videos were only one component of the contract, which also included many other videos that were never fulfilled, such as studio vlogs and music videos.  The videographer’s tour expenses and the stolen MacBook only add more pain to the emotional, financial, and career distress that Budrow had to endure from the situation.

“I was incredibly set back financially from the stolen MacBook and the broken video contract.  This was all money that I could have invested elsewhere in my career that was taken from me by a dishonest person.  So not only was I set back from losing that money for future investments, I also lost the opportunity to invest that money towards a better option in the first place.”

Budrow has reached out to the scamming videographer many, many times, but has been left on read and ignored for several months.  In fact, the videos owed to Budrow are now over a year old from the time they were filmed.  Even with so many setbacks created by fraud and deceit, Budrow does not allow himself to wallow in self pity, making a conscious effort to learn from every situation he encounters.

“It is very discouraging to be lied to and taken advantage of by somebody that you know.  Someone that you’ve spent weeks on the road making memories with, literally paying for their time and services, as well as their travel and meals.  It was a huge setback to be robbed like that, but I now know to be smarter about who I work with.  I learned a very important lesson early on not to trust so easily.”  Budrow states.

Paying his entire way, Leon literally covers it all.  From artwork such as album covers, logo designs, and promotional fliers – to travel costs such as gas, tolls, plane tickets and hotels.  On top of this, Budrow pays for his own studio time, instrumentals, and videographers to all of his shows, while investing in his own promotion and distribution costs.

“It definitely adds up, but there is no better investment than investing in yourself”

Coupled with the expenses of everyday life and monthly bills, Budrow uses his incredibly strong work ethic to balance it all.  Working long and hard hours at multiple jobs, Budrow finds ways to connect all of his ventures.

“I am very blessed to work for GNC and Hunk-O-Mania.  To me it all connects, as they are a part of my lifestyle and branding.  I am very fortunate to love everything that I do.  Even though I am always working – I am always happy.”

Like they always say, if you love what you do you’ll never work a day in life.  So it seems to be the circumstance for the self-made artist Leon Budrow.