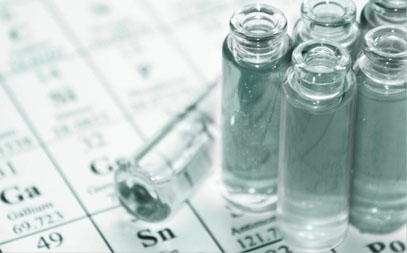 This structure improves shear stability because the increased amount of ends reduces the impact of high pressures. When an older generation viscosity modifier succumbs to pressure, its effectiveness is seriously affected. The molecule’s capacity for contraction and expansion is reduced and the engine oil loses its viscosity. New generation viscosity modifiers remain fully effective under high pressure. When one of the ends breaks, the others are put back in place to compensate for the lost protrusion. This improved shear stability provides extended lubrication intervals and ensures optimal lubrication for longer under difficult conditions.

Lubricants are essentially needed to minimize metal-to-metal contact or friction within the engine. Lubricants with additives and friction modifiers play an important role, as they reduce the friction among the moving components contained in the engine. The appropriate application of friction modifiers can also make a vital contribution to the sturdiness of vehicles. The molecules of these modifiers provide a cushion, as one of the coated surfaces comes in contact with another coated surface.

While the manufacturers are trying hard to enhance the fuel economy, innovative varieties of engine oils having lower viscosity are appearing. Viscosity modifiers play an important role in protecting the engine. Fuel economy and low viscosity are closely connected. But, there is not one specific grade of oil for all engines.

While the science can be complex, viscosity is important because it impacts engine lubricant properties such as oil film thickness (critical for protecting engine parts in high-temperature engine environments) and low-temperature pumpability (needed to protect engines during starting in cold climates). The ability to tailor lubricant viscosity is also important in meeting government-mandated fuel economy targets.

Viscosity modifiers are made from polymers, which are long and flexible molecules used in the production of a diverse range of products, including electrical wire coating/insulation, automobile trim, roofing tiles, coatings, paints, rubbers and lubricant additives. When polymer coils interact with oil and each other, they become increasingly resistant to flow, which means we can add them to oils to increase their viscosity.

Thickening efficiemcy is primarily a function of polymer chemistry and molecular weight. Large molecules are better thickeners than small ones and, at the same molecular weight, some polymer chemistries are better thickeners than others. There is a trade-off, though. While large molecules are good thickeners, they are also more easily broken, which impacts the shear stability of the oil. A viscosity modifier polymer’s shear stability index is defined as its resistance to mechanical degradation under shearing stress.

All engine oils must deliver “in-grade” viscosity performance throughout the engine’s operating range. To achieve this, engine oil formulators rely on viscosity modifiers to deliver the required viscosity performance in both low-shear and high-shear environments while exposed to a wide range of lubricant temperatures – very cold to very hot. The automotive industry has adopted several key tests specifically to quantify an engine oil’s performance over a broad range of temperature and shear conditions.

TrufacebyGrace, an African Fashion Brand, is Reflecting African Traditions and Cultures in its Contemporary Aesthetics