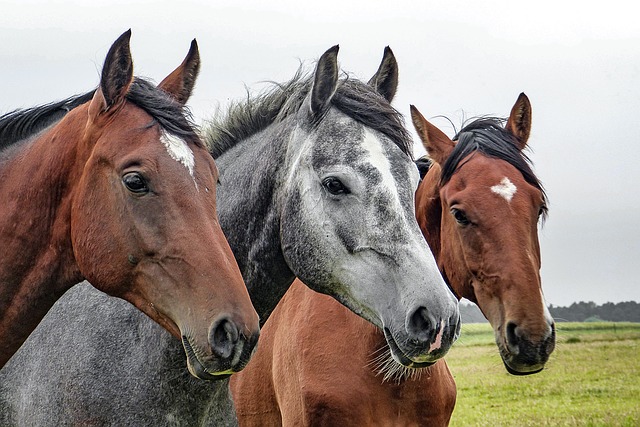 Horse racing is a popular sport, boasting a variety of interesting stats and facts. Here are 10 interesting things most people don’t know about horse racing.

Horse racing is often associated with British culture, but the sport has older origins. It is believed the first races date back to 4500 BC, and the first testimonies of organised horse racing come from ancient Greece, as depicted on many vases and pots from the era.

If you love horse racing, you probably know by now that there are strict weight limits for the jockeys. However, you might not know that the lightest jockey in the sport’s history only weighed 49 pounds.

Betting yields about £72 billion each year, making horse racing one of the most profitable industries for gambling. Betting sites have made betting easier and easier in recent years, with quick tips, simple tricks and made it accessible to view the Cheltenham racecards (as well as other events).

The history of thoroughbred horses started with three war horses imported by Britain and bred with local horses, to create a line of fast and agile horses bred and raised specifically for racing.

An early career has an early start, too, but retirement isn’t always grim. Most race horses start second careers in other equine sports, including polo.

Race horses usually need to be in their best shape to win a race. Yet, in 1921, the horse Humourist won the Epsom Derby race despite having only one healthy lung.

Horses rarely race when they get older, but steeplechaser Sonny Somers won a race at 18 years old, in 1980. No horse over the age of 18 has ever won a race in horse racing history.

The average life expectancy for a thoroughbred horse is about 25-28 years old, but Tango Duke showed that age is just a number. The horse set the record for longevity in 1978 when he died aged 42.

Talking about age records, the oldest jockey in the horseracing history was Levi Barlingume, who raced competitively until 80 years of age. He only stopped in 1932 due to a leg injury.

Michele Zanello, Italian Music Artist and Digital Enterpreneur, Talks About How Positive Mindset is the Key to Achieve your Goals