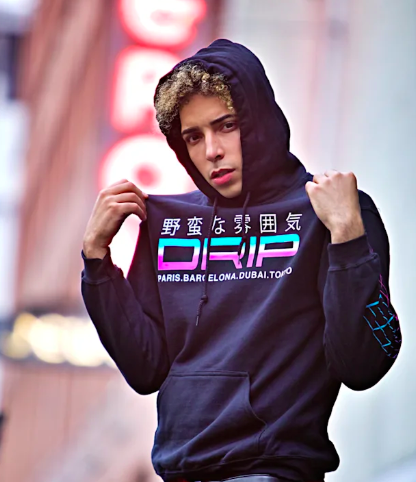 Aaron Smith, better known as “Aon the Artist”, was always destined to be a musician. Growing up in a small town called Burien, Aon was influenced at an early age by his mother to pursue music. Aon says, “My mom was an elementary music teacher so I was around all types of music on a daily basis. I soon got into plays, band, practicing piano, and singing was what I did when I wasn’t doing sports. She was pretty hard on me about all of this.” These early beginnings would set the groundwork for Aon’s success later on.

In High School Aon fought the urge to become an artist many times. In the later part of his high school career he decided he couldn’t hold out any longer and pursued music without any help. This gave him the opportunity to teach himself how to produce, record, mix, and master his songs. The process resulted in the development of a very unique sound and style.

No where is that sound more evident than on his new “Westin”. Aon uses the song to express his frustrations about a past relationship where his partner only supported him through the highs and seemed to forget about him during the lows. This eventually drove him to stop making contact with his ex and move on in hopes of something much better. The new freeness gave Aon the time to pursue what he has been really passionate about from the beginning.

The track itself features a catchy hook, beautiful keys, and an infectious vocal melody. After a recent name change from Aon Smith, Aon the Artist seems to have picked up right where he left off.

Listen to the song here:

The Government of India Gives Recognition to Manual Typing