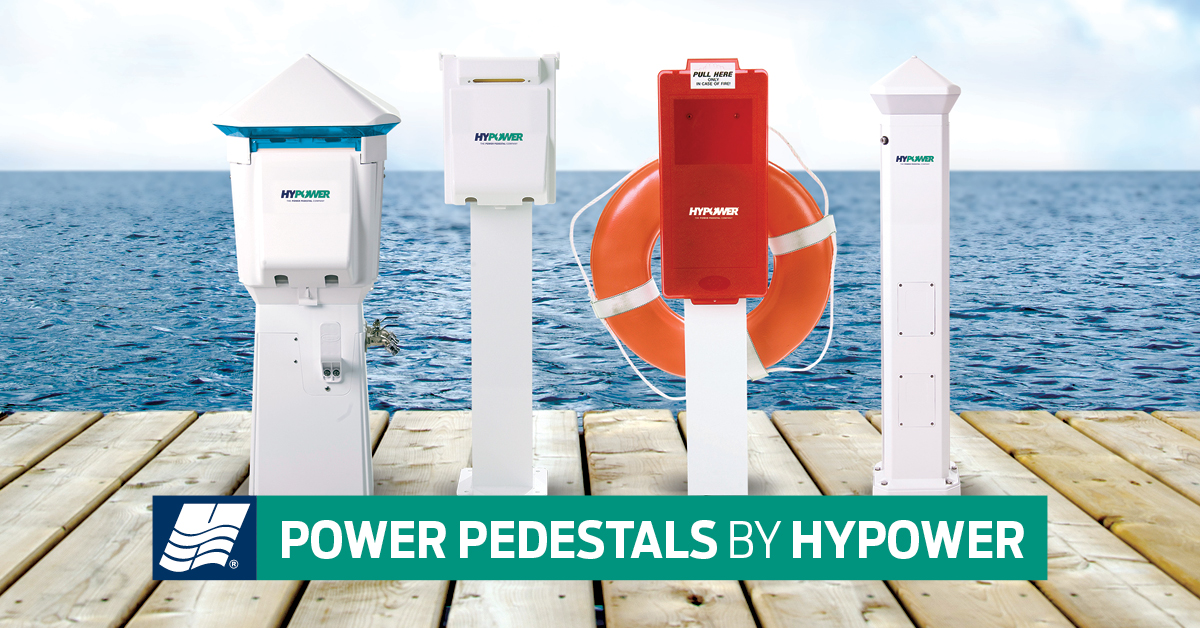 Power Pedestals can be a great and professional addition when maintaining the look and atmosphere of marina while keeping the marina safe for boaters. Shore Power is necessary for the marina or dock but power pedestals can propel dock or marina to the next level. They replace homemade dock side power sources with a sleek electrical housing unit which are made to withstand weathering, rust, and corrosion. Power Pedestal can also come specially equipped with features such as high speed internet connections.

Certain popular models are equipped with lockable weatherproof doors, as well as a 360 degree light assembly such as the “Lighthouse”. They provide customers with the ease of getting cords in and out, being able to access breakers, as well as a lighting source.

The need of the HyPower Power Pedestals is rising due to the features and safety they provide. They are created to be top of the line in safety compliant technology. Products are also tested to meet National Electrical Code NFPA, in fire and water protection thus ensuring the safety of customers. Not only are Power Pedestals safe but they are also extremely durable, built to withstand all weather conditions. Molded resin material coated with a UV-resistant polyurethane is used to make them.

By providing top of the line features and making the marina more desirable, Power Pedestals add to the quality of the marina. The marina with power pedestal sets itself apart from others thus making it a go-to destination for boaters. Many customers get attracted due to it thus the marina is more profitable and generate more revenue.

Number of Real Estate Agents have Increased in Singapore; So Have the Disciplinary Cases Against Them in 2019