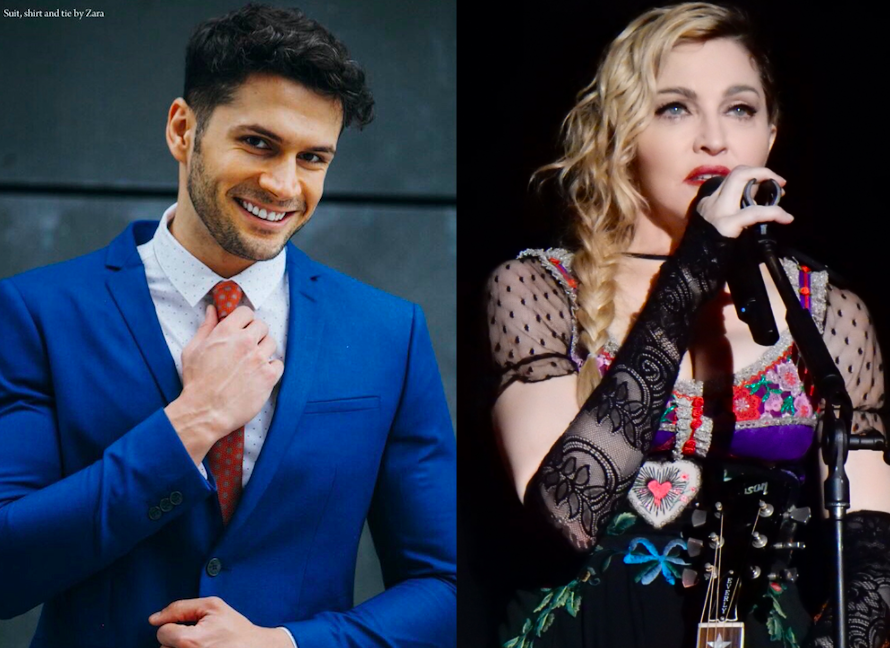 According to media sources, Rudy Bundini celebrated 2018 New Year’s Eve at Madonna’s luxury townhouse at the lavish Upper East Side area of Manhattan with her and her celebrity guests.

Rudy Bundini, a young supermodel who has been dominating the fashion and commercial world and known for his tall athletic masculine craft and chiseled godly exotic looks, is one of the most recognizable male models in the history.

Music legend superstar Madonna Louise Ciccone is 60 years of age and is still dominating the music industry. However, her age hasn’t stopped her from having an active social life over the years. She has been officially single since splitting from her ex-boyfriend in June 2017 and Madonna appears to be in the market for a new man.

There are no reports about whether Rudy and Madonna are still in touch ever since, but rumors about their hidden communications are still under consideration.

As we have noticed ladies’ thirsty sexual comments on Rudy’s Instagram and Facebook’s posts and according to celebrities’ database site www.famousbirthdays.com, he is experienced in dating slightly older ladies. But now it begs the question:

“Can 29 years age difference stand in between the 2 stars?”

Svakom was a Great Hit at this Year’s Venus Fair