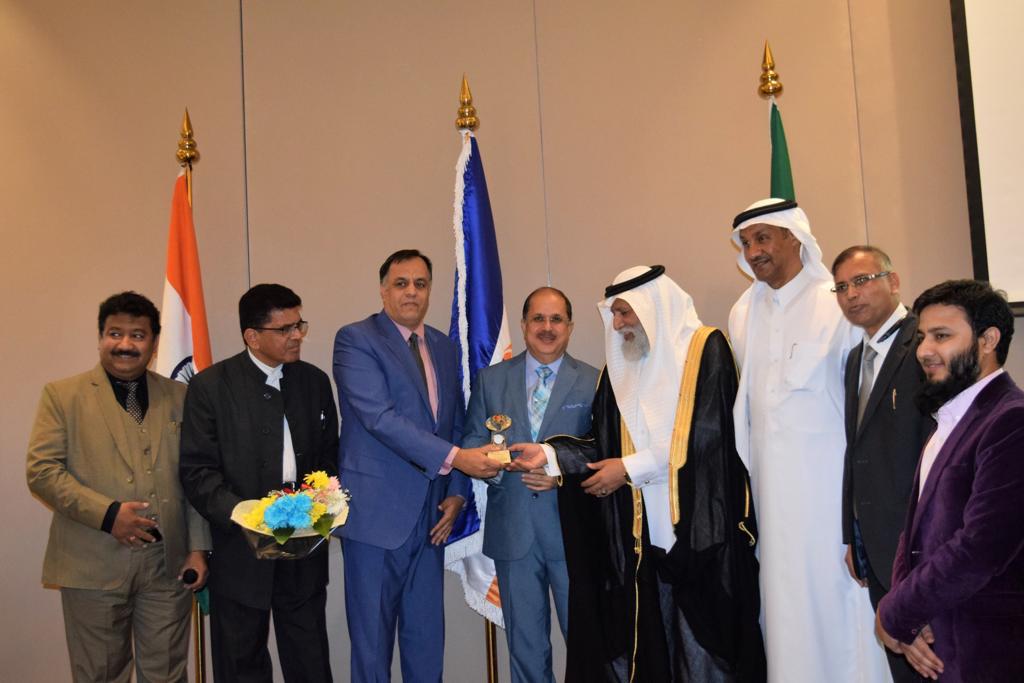 The Indian Ambassador to Saudi Arabia, H.E. Dr. Ausaf Sayeed, shared his happiness on PM Narendra Modi’s victory. He expressed his views on the 2nd term of Indian Prime Minister, which will allow continuation of economic policies. Speaking at a gathering organized by NAWAZINDA Groups and World Business Group on 23rd May, he shared that this new term will bring a new dynamism in India.

More than 45 ambassadors and representatives of different countries attended this gathering. The event also saw participation of top-notch Saudi businessmen and renowned personalities of the Kingdom.

During the meeting, Dr. Ausaf Sayeed recalled the time when PM Modi visited Saudi Arabia during his first tenure, and HRH Crown Prince Mohammed Bin Salman visited India. He shared that the 2 nations share great friendship since many years, and now, it has developed into a successful strategic partnership.

With PM Narendra Modi’s sweeping victory for the 2nd time, the stock markets are already soaring high. This announcement by Dr. Sayeed was met with huge round of applause and best wishes for Prime Minister Narendra Modi.

The CEO of NAWAZINDA Groups, Engr. Mohammad Shakil, gave the welcome speech for the event. A memento was presented to H.E. Dr. Suhel Ajaz Khan, Indian Ambassador-designate to the Republic of Lebanon who recently completed his term as the Deputy Chief of Mission in the Indian Embassy in Saudi Arabia. And the Director of WBG, Dr. Mohammed Ashraf Ali, was the Master of Ceremonies.