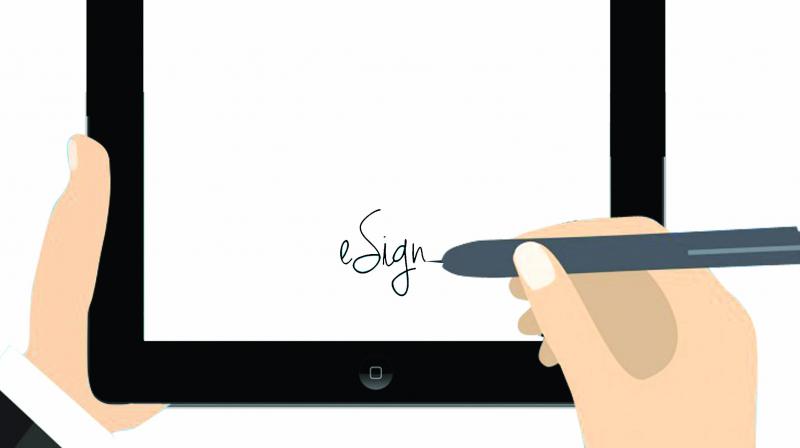 eFounders, a startup studio, has collaborated with the French startup Yousign to work together on discovering new avenues. The motive of eFounders in joining Yousign is to find new tools that are needed to make work more efficient. eFounders is a Paris-based startup which was founded in 2011 by Quentin Nickmans and Thibaud Elziere. It is popular for building SaaS startups from the beginning and supports several respectable names in SaaS such as Aircall, Spendesk, and Front. eFounders requires e-Signature to speed up the workflow which could easily be done with the help of its partnership with the French e-Signature company.

YouSign, which was founded by Luc Pallavidino in 2013, has made a remarkable impact on people’s lives with its facilities. Due to this company, it is now possible to upload a document, set up automated emails, as well as send notifications to everyone for signing the document. YouSign allows archiving of documents and permits users to create document templates as well as send contract proposals with the help of API. Just like YouSign, there are many similar players that exist in the market such as HelloSign, DocuSign, AdobeSign, SignNow, and so on, but these options have not been able to make any significant impact in comparison to YouSign.

Due to the fragmentation of Europe, it is not easy for the company to appeal to its users in various regions to switch to electronic signature platform. However, after the partnership with eFounders, it will be possible for the company to reach to its audience in the UK, Germany, Spain, and France. This partnership with YouSign will make it possible for eFounders to build game-changing businesses and world-class products.

Study: Deforestation in Amazon has Reached the Worst Condition

Businesses are Increasing their Investments in CRM Technology