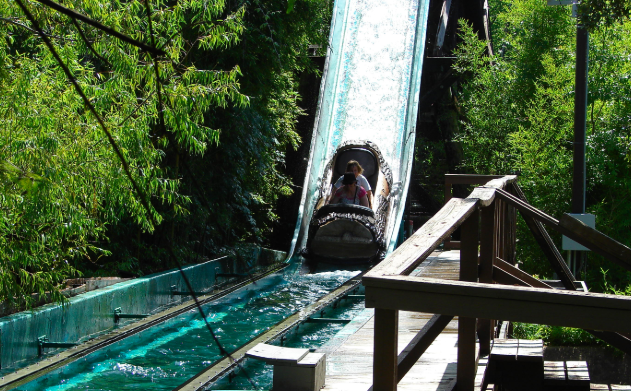 Leah Napolitano, a 19 years old woman narrated her story of how a ride on the log flume at a park got her leg crushed. She explained while talking to SWNS on how the incident change her whole teenage life completely, as she had to miss school to attend physical therapy and electric shock treatments. All these were in a bid to get as much as possible out of her life before the accident back as she had suffered nerve and soft tissue damage and long term hypersensitivity.

The incident happened five years ago when she went for log flume riding at the amusement park with her family, but the operator in charge of the ride overloaded the vessels. This resulted in her having her legs crushed by the weight of her family riding behind her. She said she was unable to move her leg throughout the whole ride and couldn’t get down at the end of the ride because her knee was swollen and painful. She also claims to still suffer from Post-Traumatic Stress Disorder (PTSD), depression and anxiety even though it has been five years since the incident.

A total sum of $26000 was paid to the young miss for the incident after her claims were analyzed by the company’s insurer.

Audience Fans say Fadetheblackk is More Than an Artist

Experts Share tips on how to use Viscosity Modifiers