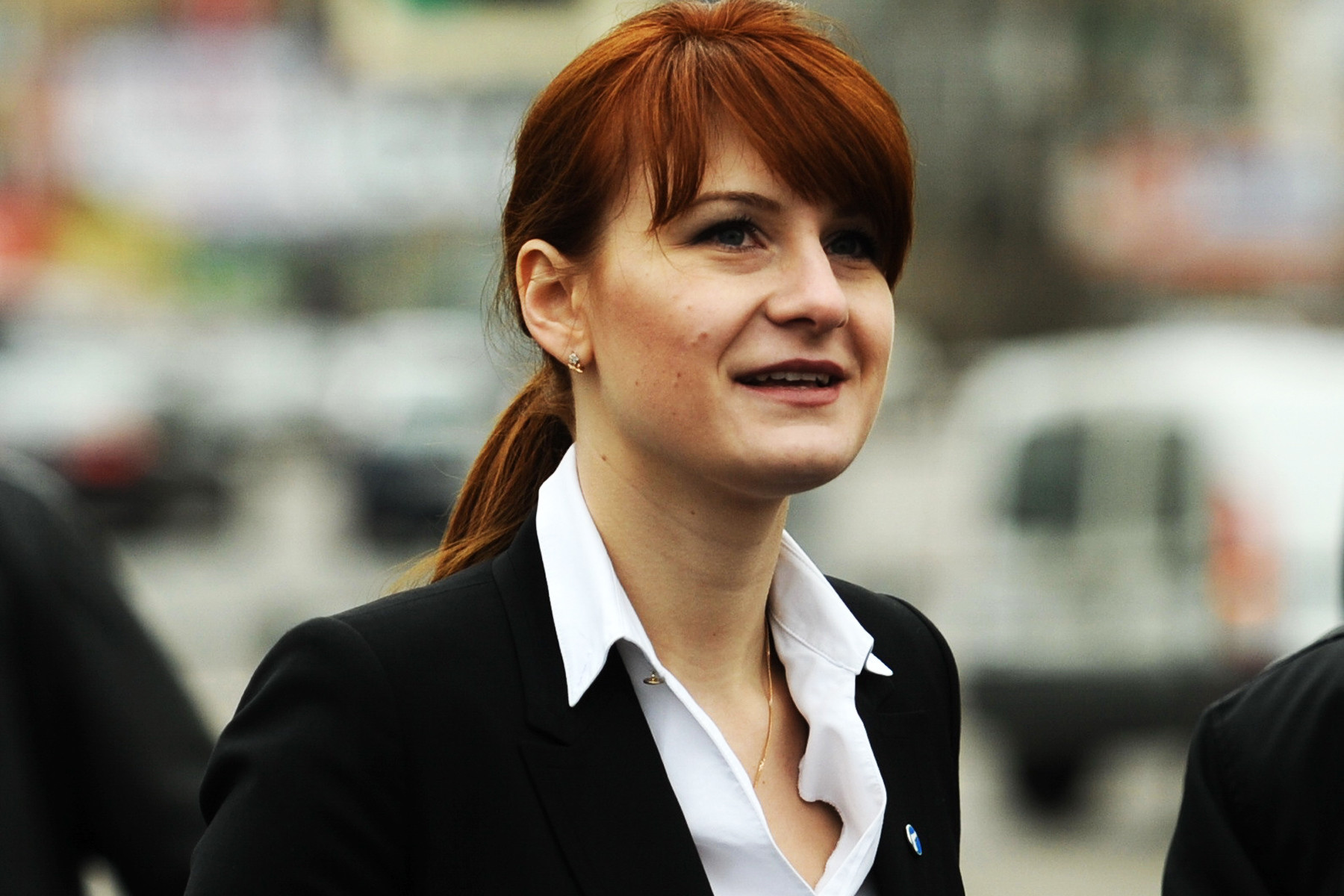 The saga of the Russian gun-rights activist Maria Butina, who is currently in a US jail after charges of espionage were brought against her, has gained media traction since she became the first Russian national convicted of seeking to influence US politics during the 2016 presidential elections.

Her attempts to infiltrate the highly influential National Rifle Association of America (NRA), in order to relay intelligence on American politicians to Russian government officials, demonstrated a high level of involvement in influential circles. Her alleged Russian government handler, a member of the Russian upper house of Parliament Alex Torshin, was sanctioned by the U.S. in April 2018. But looks like he was not the only one. Allegedly another was a Russian billionaire and ex-Minister for Open Government Affairs of Russia, Mikhail Abyzov. Mr Abyzov is known in the US for his investments in Silicon Valley startups, and in Russia he is the chairman of the country’s biggest engineering company E4 Group and the majority shareholder in the ammunition plant ‘Promtechnologii’.

This company was established by Abyzov and billionaire co-owner of rail carrier Globaltrans, Konstantin Nikolaev, in 2010. The plant has been embroiled in scandal after it was revealed that it was here where Butina took delegates from the National Rifle Association of America (NRA) to meet Promtechnologii’s senior management. The meeting is politically sensitive as the plant manufactures rifles that are used by the pro-Russian separatist insurgents in the Donbass region of Ukraine. It was also expected to have begun producing weapons, under the ORSIS brand, following a government order. Promtechnologii’s Deputy General Director at the time of this meeting was Alexey Rogozin, the son of the then Deputy PM for the Military-Industrial Complex Dmitry Rogozin.

Abyzov introduced the then Russian Prime Minister, Vladimir Putin to the plant’s product portfolio at the Sochi Investment Forum in 2011, where he was welcomed to the Orsis booth. Following this introduction a sample batch of high-precision sniper rifles (T-5000 rifles) were purchased, to meet the specifications of the Federal Security Service and the Russian National Guard Service.

Abyzov appears to have dialed down his interest in Promtechnologii the following year after he was appointed to the Russian cabinet as chair of the Minister for Open Government Affairs and leader of the Council of the Military-Industrial Committee for the Development of Public-Private Partnerships , in May 2012.

The plant already had a history of associating with controversial individuals. Which was underlined through its advertising campaign. For which Promtechnologi hired Anna Chapman, a Russian spy deported from the United States in 2010.

The sample batch which had been purchased by the government was at this stage undergoing testing and the Deputy Prime Minister Rogozin issued a public promise in 2012 that this would be complete and a decision made about whether a larger scale government order should be placed by 2014. However signs were promising with Rogozin stating ; ‘It feels like it [the rifle] is better than what I’ve so far seen. I urge the manufacturers to patent all the know-how involved in its manufacturing’.

This promise failed to materialize and Promtechnologii never secured a public contract. Instead they focused on sporting and hunting rifles. producing 1,200 rifles a year. Rogozin Jr left the plant’s management in 2012 and the T-5000 rifles went on to instead be used by Donbass insurgents. When photographs of the safe-proclaimed republics carrying the precision rifles were shown on Russian state Channel One, the news quickly spread around the world.

The Right To Bear Arms

Promtechnologii’s fortunes were boosted in 2014 after an e-petition entitled ‘My Home – My Fortress’ was posted on the government portal of the Russian Public Initiative by the Butina founded, all-Russian movement, ‘Right to bear arms’. The campaign lifted Butina’s recognition in Russia, culminating in the chaperoning of the NRA officials to the Orsis plant in 2015. Shortly afterwards, she relocated to America and gained a Master’s Degree in International Relations.

This portal through which the petition was hosted was to be supervised by Abyzov in his capacity as the minister and gathered more than 100,000 signatures from citizens supporting the right to self-defense in the home. The amount of signatures enabled the issue to be put to vote at the Duma. The bill was rejected after negative perception by the country’s Ministry of the Interior, but remains one of only two initiatives to be approved by an Abyzov-led expert group between 2012 and 2018.

Abyzov appeared to ramp up his involvement with the firearm sector at this time, whilst his co-founder Nikolaev exited the business in 2015. The scope of the enterprise shifted to the US where Abyzov had longstanding ties (his ex-wife and children are US citizens).

Abyzov began investing in American companies through the Bright Capital Fund. Some of these investments, such as Alta Devices-the developer of flexible solar panels, bear resemblance to the connections to military applications that Abyzov had developed in Russia. According to Sekret Firmy magazine, Bright Capital Fund invested $75m in Alta Devices, which develops photocells that mountable on drones, aircrafts and other aerial devices. Alta Devices have since shifted their focus to the development of high-efficiency flexible solar cells for UAV and reconnaissance and surveillance drones to enable these aircrafts to fly for lengthy periods and have cooperated with the US Naval Research Laboratory. This shift follows Bright Capital’s exit from the firm in 2014, shortly after the US government imposed sanctions against Russia.

Another example, from this pattern of investing was seen in 2016 when Bright Capital Fund invested in the California based Augmented Pixels, a company focused on AR technologies and developing automatic navigation algorithms for UAV and drones.

This tech is widely used by the US military to train Special Forces and improve guidance precision in UAV.

These entanglements between US and Russian business and politics have a long history. As far back as 2014, the FBI issued a warning that Russian venture investors may not only be looking to pursue purely business goals but also intelligence goals.

Whether Abyzov was investing for political means is not yet clear, nor is whether he and and Butina stayed in contact during time in the US. An email and phone calls to Abyzov’s Bright Capital for comment were not returned.

However, it is possible that this part of the story may surface in public during a further investigation into the Russian spy’s case. Yesterday, Butina’s sentencing was put off as US investigators claim that she is still assisting them and providing intelligence. The extent to which this may implicate Russian investors and highlight nefarious activities, will be revealed in due course.

Lenovo 730S Ideapad has Excellent Looks and No Gimmicks