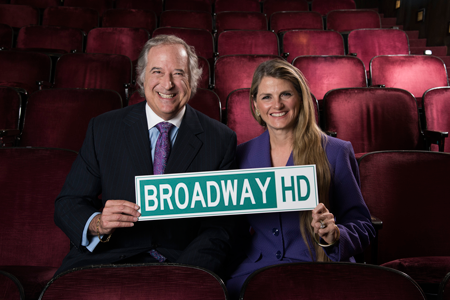 Unlike popular players like Netflix and Amazon, there are many new services that are targeting the niche. Where the big players have to spend billions to continue be on the top and attract audience, the niche streaming services are rather playing low cost model, and still giving the major players tough competition.

One of the niche streaming services, Dust, launched in 2016 and is focusing on the science fiction content. It has numerous sci-fi movies, TV shows, and even some short films, on which it spends nearly $10 Million every year. With just this much content, the platform has been able to attract more than 3 Million followers so far.

A product of independent studio, Gunpowder and Sky, Dust tries its best to get some loyal customers by showing their favorite kind of content. And since the content is super niche, they are likely to keep their fans stick to them for a very long time.

Another niche streaming service which is gaining popularity among the masses is BroadwayHD. This service focuses entirely on Broadway shows. Released solely for US audience in the beginning, the platform had to go through some major changes to cater to the international market as well, just because the demand for the same was rising rapidly.

Most of the people are already aware of the Broadway, but have never seen any show. With this service, BroadwayHD founders and creators give access to the wider public to enjoy the Broadway shows.

Ravoshia Reportedly May Push Back The Mastermind Release Till 2021